The Killers Already Have Another Album in the Works for 2021 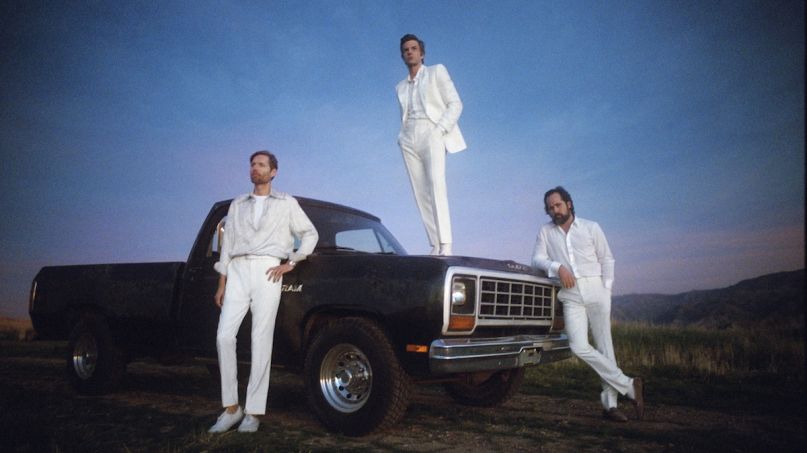 The Killers, photo by Olivia Bee

The Killers only just delivered their new album, Imploding the Mirage, a few days ago, but it’s already time to start anticipating a follow-up. In a cover story interview with NME, the band revealed that they’ve already tracked a completely new full-length, which they intend to release in 2021.

“You know when people just say that? Every time someone makes a record they say that they have 50 songs and they’re going to release another record. We really are,” said frontman Brandon Flowers. “We’re going to release another one in about 10 months. We’ve already gone back into the studio with [producer Jonathon] Rado and Shawn [Everett, producer]. We did a week in Northern California.”

Flowers attributed the lack of touring right now for giving him “a lot of time on my hands,” which has led to “fruitful” writing sessions:

“I’m not writing a quarantine album or anything like that. You kind of just start hitting your stride when you’re finishing a record. You’re writing lyrics, you’re mixing everything, you’re in it – then you go on tour. It’s interesting to not be going on tour and having any of that stuff taking up my brain. I just went right back to the piano. I was already exercising my songwriting muscles so a lot of it came very quickly. Something powerful happened when I shut off the part of my brain that runs towards the grind and just started running towards the creative part of my brain.”

He added that he expects the record to arrive before The Killers (hopefully) head on the road next summer (tickets available here). “Oh yeah, there will be another album,” he insisted. “I’m excited. It might be better than this one.”

While he confirmed Rado and Everett would be returning, there’s no guessing what other guest collaborators might be featured. Imploding the Mirage is full of ’em, including ex-Fleetwood Mac member Lindsey Buckingham, The War on Drugs’ Adam Granduciel, Lucius, k.d. lang, Blake Mills, and Weyes Blood. Listen to the album in full here.

Elsewhere in the NME interview, Flowers addressed recent accusations against their former touring crew and the band’s subsequent investigation. “I have four sisters, I have nieces, I have female cousins, I have a mom, I have a wife,” he said. “I know about what bad men can do to women. I would never turn a blind eye to that. My heart goes out to anyone who’s a victim.”