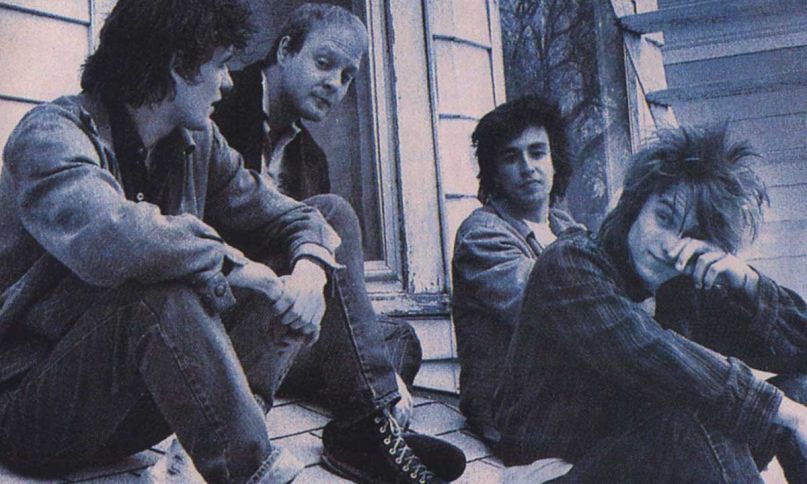 The Replacements - Let It Be

Here’s something left of the dial: Josh Boone is working on a biopic about The Replacements. In a new interview with Games Radar, The New Mutants and The Stand writer-director confirmed he’s moving from Mid-World to Minneapolis.

“When we were shooting The New Mutants, I started working on, with [co-writer] Knate [Lee], we started working on an adaptation of Bob Mehr’s New York Times bestseller Trouble Boys, about the band The Replacements,” Boone shared.

Hey, say what you will about the idea, but at least Boone is working from the right source material. Mehr’s 2016 novel is not only a bible for self-respecting ‘Mats fans, but one of the greatest rock and roll biographies of all time. Seriously. Give it a read.

Based on Boone’s comments, it sounds like the project is pretty far along. He goes on to add that the scripts are done — which begs the question: is this another miniseries for him or another film? — and that they’re “literally casting that right now.”

So, who does he have in mind? “Nat Wolff is going to play Paul Westerberg,” Boone stressed. “Nat’s been in just about everything I’ve done. He was in The Stand. He starred in my first movie. He was in The Fault in Our Stars. He’s one of the best actors on the planet. Owen Teague, who is in The Stand, is going to play Tommy Stinson in it – really in the second half of it, because in the first half, Tommy Stinson is like a 12-year-old.”

One has to wonder who he has in mind for Stinson’s brother Bob. Or drummer Chris Mars. Or Slim Dunlap. Or Peter Jesperson. Or Winona Ryder! Okay, that last one’s a joke, but really, who knows. If this does turn out to be a miniseries of sorts, which would be quite a turn of events for the Midwestern heroes, it’s not totally of the question.

For now, Boone has plenty to keep him busy. He’s got The New Mutants finally in theaters and all nine episodes of The Stand to get through on CBS All Access starting this December. His timing with The Replacements couldn’t be more perfect, though, seeing how they’ve been on a tear with reissues as of late. Next up? Pleased to Meet Me.

Below, listen to The Losers’ Club holler about The Stand.