The Rolling Stones Enlist The Killers for New Remix of “Scarlet”: Stream 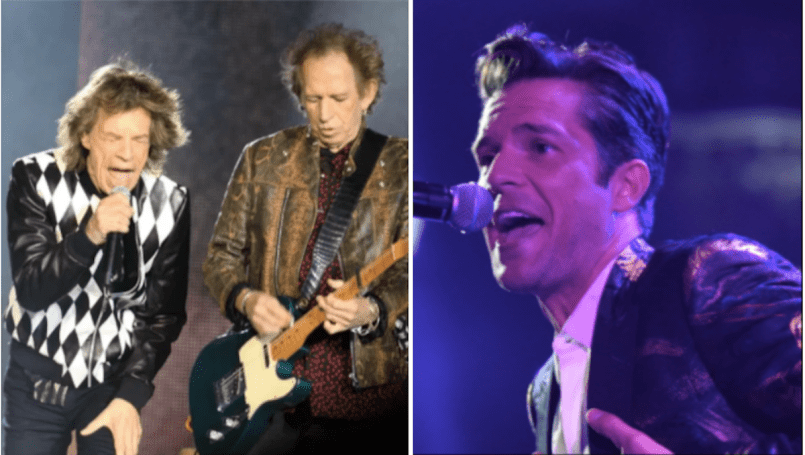 The Rolling Stones (photo by Heather Kaplan), and The Killers on The Late Show with Stephen Colbert (CBS)

The Rolling Stones have recruited The Killers and Jacques Lu Cont for the latest remix of “Scarlet”. It will be included in the elder rockers’ forthcoming Goats Head Soup box set, out September 4th. Take a listen below.

After unearthing this long-lost Jimmy Page collaboration in July, The Stones released a charmingly sloppy music video starring Normal People’s Paul Mescal, and followed that up with an initial remix by The War on Drugs. Now, their study in “Scarlet” continues. This time, they’ve turned to The Killers, still riding high from the release of their fun new album Imploding the Mirage, as well as English electronic artist Jacques Lu Cont, aka Stuart Price, who recently collaborated with those same Killers on the new song “Fire in Bone”.

The box set for Goats Head Soup arrives September 4th, and pre-orders are ongoing. That same month, The Rolling Stones will be releasing their infamous 1989 Atlantic City concert, fondly remembered for Keith Richards pulling a knife on Donald Trump. Back in the spring, The Stones dropped an all-new single “Living in a Ghost Town”, which ranks among their best modern songs.

As for The Killers, they recently performed “Blowback” on Colbert, and announced that they already have another album in the works for 2021.