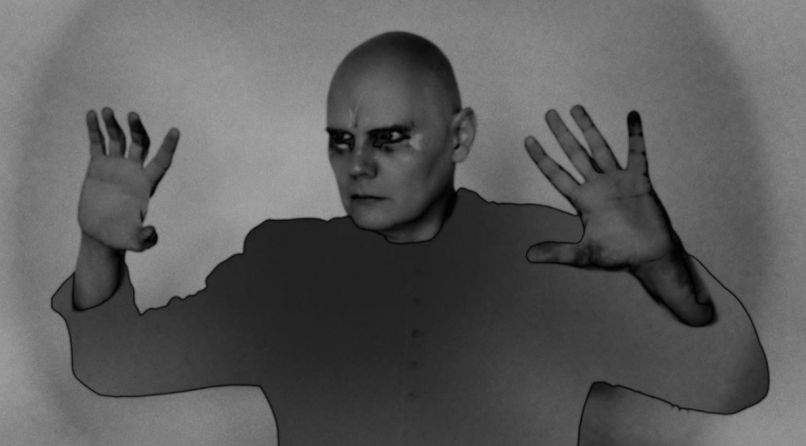 The Smashing Pumpkins have returned. The first of their five mysterious countdowns has reached its end, and the Chicago rockers have unveiled two new singles: “Cyr” and “The Colour of Love”. The tracks are presumably off their forthcoming double album.

“Cyr” is a dance anthem that sounds like Adore meets ABBA, while “The Colour of Love” brings to mind all the midnight anthems within 2000’s Machina. Both hearken back to Billy Corgan’s salad days, back when he worshipped The Cure on FM radio.

The two tracks bode well for the highly anticipated follow-up to 2018’s Shiny and Oh So Bright, Vol. 1. It also speaks to the more focused and conceptual nature that Corgan had described to the Tennessean earlier this year:

“It’s probably a wider swath of music,” Corgan explained at the time. “The last one was kind of like, ‘Let’s just jump in, record some stuff real fast, and let it be what it is…’ so I’m excited about this, because we’re kind of back in the lane of taking a risk, and trying to bring something new to the table, as opposed to just aping what we’re known for.”

Stream both tracks below, plus watch the performance video for “Cyr” directed by Linda Strawberry.

So, what can we next expect from the Pumpkins? Well, we have four countdowns remaining, all of which consecutively hit these dates: Friday, September 18th; Friday, October 9th; Thursday, October 30th; and Friday, Nov 20th.