The Weeknd and Calvin Harris Team Up for New Song “Over Now”: Stream 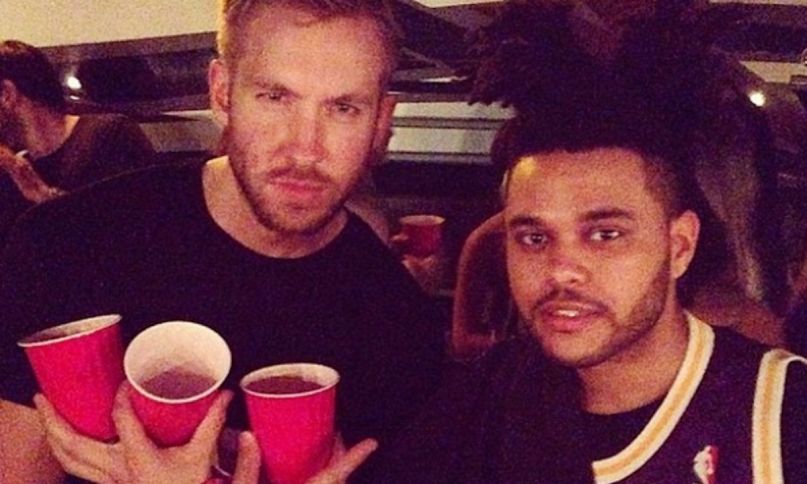 The Weeknd may be the best artist when it comes to making every moment count in 2020. He dropped the excellent After Hours (one of the best albums of the year so far) and rolled out a deluxe edition of it, made his Netflix debut as an actor in Uncut Gems, dropped a posthumous collaboration with Juice WRLD, and threw an augmented reality concert called “The Weeknd Experience”. To top it off, now The Weeknd has released a collaborative track with Calvin Harris called “Over Now”, too.

The two first teased the track last Thursday when The Weeknd posted an old photograph of himself and Harris drinking from red cups at Coachella. “Don’t get too confused…” he wrote. Naturally, fans started guessing what the nostalgic post could be alluding to. Come yesterday, the Starboy singer shared an update explaining that their new collaborative track “Over Now” was on the way.

Musically, “Over Now” sounds surprisingly laid-back and fun, as if the two artists were able to relieve some of the pressure of their respective fandom’s expectations by working together in secret. Perhaps the coronavirus pandemic is to thank. After all, once quarantine regulations were enforced earlier this year, Harris began releasing new music under the moniker Love Regenerator. The DJ said it was a way to “rediscover the way I began producing music 22 years ago before I ever thought about how it might be perceived by outside forces.”

It turns out “Over Now” comes with an animated music video, too. Natural blooms around a 3D rendering of The Weeknd as he lip syncs to the lyrics, and everything in sight churns through a wide spectrum of colors. It’s the perfect farewell to an unusually virtual summer. Check it out below.