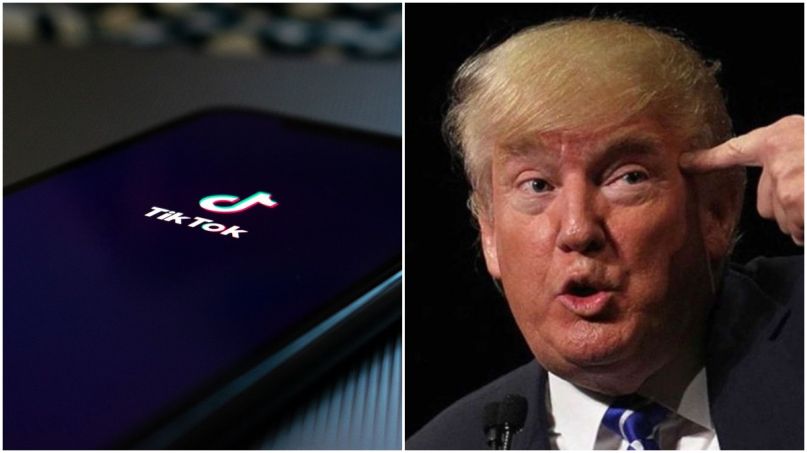 TikTok is suing the Trump administration for trying to ban the app’s American operations.

In a statement, the popular video sharing platform said that Trump’s recent executive order violates its right to due process and offers no evidence that the app presents a national security threat. “We do not take suing the government lightly, however we feel we have no choice but to take action to protect our rights, and the rights of our community and employees,” TikTok contends.

Trump’s executive order halts transactions between the Beijing-based ByteDance and TikTok’s US-based users and employees, essentially killing the app in America, where it boasts an estimated 80 million users. Trump’s purported reason for issuing the August 6th order is that the Chinese-owned app presents possible threats to American security. TikTok vehemently denies any wrongdoing.

“In our complaint we make clear that we believe the Administration ignored our extensive efforts to address its concerns, which we conducted fully and in good faith even as we disagreed with the concerns themselves.”

The statement goes on to quote a portion of TikTok’s legal complaint:

“The executive order seeks to ban TikTok purportedly because of the speculative possibility that the application could be manipulated by the Chinese government. But, as the U.S. government is well aware, Plaintiffs have taken extraordinary measures to protect the privacy and security of TikTok’s U.S. user data, including by having TikTok store such data outside of China (in the United States and Singapore) and by erecting software barriers that help ensure that TikTok stores its U.S. user data separately from the user data of other ByteDance products. These actions were made known to the U.S. government during a recent U.S. national security review of ByteDance’s 2017 acquisition of a China-based company, Musical.ly. As part of that review, Plaintiffs provided voluminous documentation to the U.S. government documenting TikTok’s security practices and made commitments that were more than sufficient to address any conceivable U.S. government privacy or national security concerns…”

The ban is clearly one of Trump’s simple-minded escalations of conflict against China, because his proposed solution is for a “very American” company like Microsoft to buy the app from ByteData. TikTok made it clear in their press release that they currently employ 1,500 people in the US, and that they plan to add 10,000 more jobs in New York, California, Texas, Tennessee, Florida, Michigan, Illinois, and Washington. But apparently, and this is not surprising, those particular American jobs don’t seem matter in Trump’s eyes.

Initially, Trump’s order gave ByteData just 45 days to sell the app until the ban would go into effect, but on August 14th he extended the deadline until November 12th.