The album was recorded with Weyes Blood, The Lemon Twigs, Jonathan Rado, and more 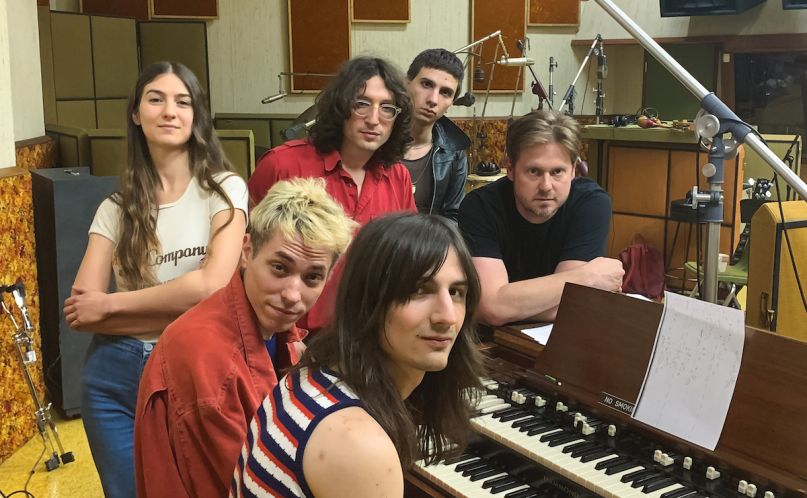 Actor, comedian, musician, and podcast host Tim Heidecker has announced his new album Fear of Death. It drops September 25th via Spacebomb Records, and Heidecker is celebrating the news by sharing a video for its title track.

The follow-up to 2019’s What the Brokenhearted Do…, Fear of Death was recorded with an all-star band comprised of Weyes Blood, The Lemon Twigs, Jonathan Rado, Drew Erickson, and Trey Pollard. As Heidecker said in a statement, “I got to work with some of the best, and nicest, musicians in town who helped me take some shabby, simple tunes and turn them into something I’m really proud of.”

Fans of the Tim and Eric Awesome Show, Great Job! may be surprised at the seriousness of Heidecker’s music. Fear of Death is exactly what it sounds like: an earnest exploration of aging and what waits at the end of the road. But as Heidecker explained, the content took him somewhat by surprise. He said,

“I didn’t know that this record was going to be so focused on death when I was writing it. It took a minute for me to stand back and look at what I was talking about to realize that, yes, I am now a middle-aged man and my subconscious is screaming at me: ‘You are getting old, dude! You are not going to live forever! Put down that cheeseburger!’”

These morbid preoccupations are on display in the newly-released title track. “Fear of Death” is about foregoing partying and settling down into a boring life for your own good. As Weyes Blood joins in harmony, Heidecker sings,“I don’t see the value in having fun/ I think I’m done growing / Fear of death is keeping me alive.” The accompanying music video features Heidecker and band ripping through the song from inside the studio, and you can check it out below.

Fear of Death arrives September 25th and pre-orders are ongoing. Earlier this year, the multi-talented Heidecker released his cinematic political satire Mister America, as well as the fan-assisted quarantine song “This Ain’t No Livin’”.