Tom Morello to Release New Book Whatever It Takes

The hardback photo memoir will arrive on October 13th 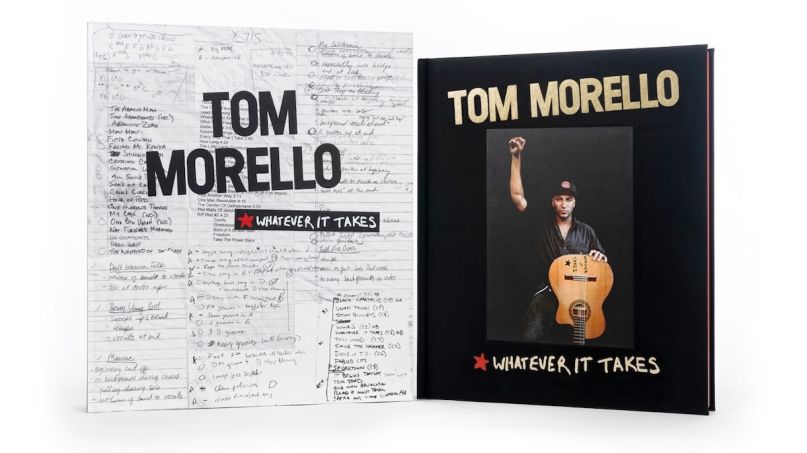 Tom Morello: Whatever It Takes book, via Genesis Publications

Tom Morello has announced that he’ll release a new book, Whatever It Takes, this fall. The hardback photo memoir, due October 13th, chronicles the Rage Against the Machine guitarist from his childhood through his legendary music career.

“This is a book about a lifelong mission,” said Morello in a press release. “A mission that more often can be felt rather than articulated. There are clues to the nature of the mission in the guitar riffs, the crazy solos, the lyrics, and in the shared sweat and solidarity of friends and comrades onstage and off.”

Morello’s words will be accompanied by photographs, handwritten notes, setlists, and more. “I dug deep into my garage and photo albums to find pictures that I hadn’t seen in many years,” remarked the guitarist. “Some of the photos show history in the making. Some are historically rocking. And some are historically embarrassing.”

The standard hardcover book is currently available for pre-order at Amazon, while a limited run of 2,000 copies will be signed by Morello and include an exclusive 7-inch vinyl and a Little Red Songbook (a booklet of songs and chord charts from Morello’s solo project The Nightwatchman). The deluxe edition is available directly through the publisher, Genesis Publications.

Select pages and photos from the book can be seen below, with a deeper look provided at the publisher’s website.