Tool Are Without a Record Label, Still Hope to Record a New EP in Lockdown

The band also has venues on hold for late 2020, but chances of the shows happening are "highly unlikely" 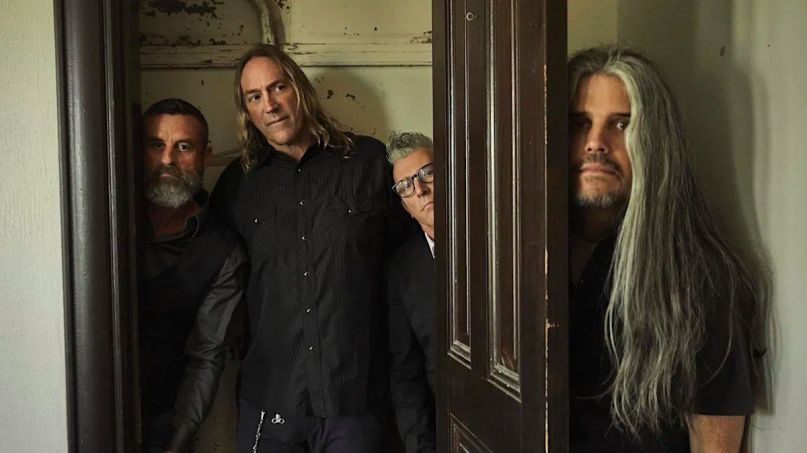 Tool are no longer signed to a record label. In a new interview, drummer Danny Carey revealed that they’re “free agents” and that he hopes the band can record a new EP during the pandemic.

Back in April, Carey also mentioned the possibility of Tool working on a new EP while in quarantine, but it seems as if they haven’t made any progress yet.

“Tool hasn’t been jamming,” Carey told Skinny Puppy’s cEvin Key during a live video chat over the weekend. “We’ve been just kind on hiatus. Nothing’s really been happening. But I think it’s time. We kept hoping that we were gonna get back out, so we were just kind of, ‘Hey, enjoy this while it lasts,’ but now it’s looking like it could go to the rest of the year, so we need to get the lead out and start functioning — maybe knock out another EP, at least, or something like that.

“We’ve never really done that since our first release — done an EP — so I thought it would be kind of nice to do something like that. We don’t have a record deal anymore — we’re free agents — so we can kind of release whatever we wanna release now, which is a good feeling.”

Tool released 2019’s long-awaited opus Fear Inoculum on RCA Records. It appears to be their first and final release on the label. Before signing with RCA, the band spent many years on Sony imprint Volcano. The last time Tool released an EP was 1992’s Opiate — their proper debut on BMG’s Zoo Entertainment.

A year that was supposed to be full of touring has instead gone quiet in the Tool camp. According to Carey, the band has dates on hold in November and December — ostensibly for concerts — though the drummer isn’t optimistic that they’ll happen.

“We got in some pretty good touring, luckily, right after the new year, and come March, we were just taking off on about a 10-show run, and then we were gonna have a little break and then start the biggest American tour we’ve ever done,” Carey said. “So that was a heartbreaker when all that hit the fan. So we’re just kind of in suspension now.

He continued, “We have dates held in November and December, but it’s highly unlikely that’s gonna pan out. We’re kind of at the mercy of the NBA and the NHL at this point. If they start having games, then we’ll get to tour, because it’s pretty much the same venues we do our gigs in.”

Carey said that if the November and December dates don’t pan out, Tool also has dates held in Germany and across Europe in January and February.

Listen to the full interview with Carey below.