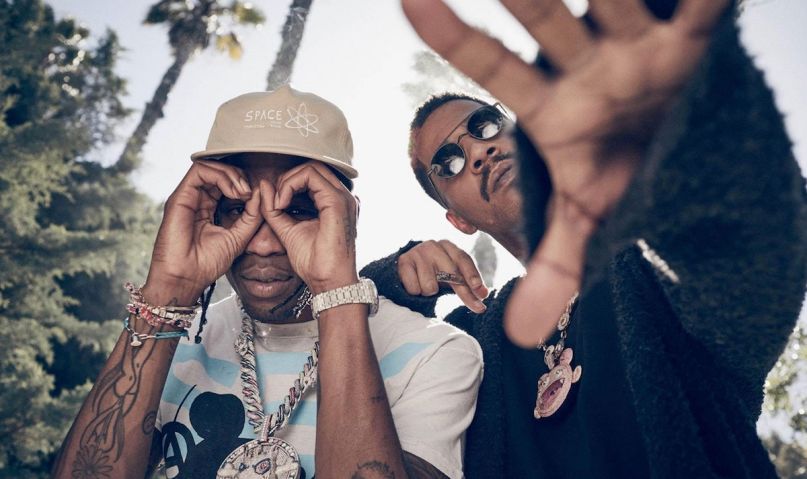 Travis Scott and Kid Cudi debuted their first-ever joint single “THE SCOTTS” on Fortnite this past April. For those who enjoyed the pair’s chemistry, get ready for plenty more: Scott has confirmed that a full collaborative album with Cudi is in the works.

Scott revealed the exciting news in a new GQ profile. The rapper described the forthcoming material as “some fireness” and noted that a number of songs are already totally finished. One of those Cudi collabs was actually played aloud for GQ writer Gerrick D. Kennedy, and he called the untitled cut “the craziest thing” he’d heard during his entire time spent interviewing Scott.

In addition to that joint record, Scott has a few other projects in various stages of development. Speaking about his first solo album since 2018’s Astroworld, he said, “I think with this next project I’m just embodying all of the knowledge I’ve taken in and trying to make the best form of it.”

The Houston-born rapper also contributed a new song to Christopher Nolan’s highly anticipated film Tenet. Nolan had only glowing words to say about Scott’s work and how it ultimately shaped the upcoming blockbuster.

Update: In a tweet Tuesday evening, Scott announced that his Tenet song, titled “The Plan”, is coming out this Friday, August 21st. “FLAME X CHRIS NOLAN COOK UP THE PLAN FRIDAY,” he wrote.

“His voice became the final piece of a yearlong puzzle,” Nolan told GQ. “His insights into the musical and narrative mechanism [composer] Ludwig Göransson and I were building were immediate, insightful, and profound.”

but the MC did offer up a mini review of Nolan’s upcoming spy thriller — well, sort of. “I can’t even explain it,” he said of Tenet. “You literally just have to watch it. It’s very fire.”

In recent months, Scott has joined forces with Kanye West (“Wash Us in the Blood”) and Rosalía (“TKN”). As for Cudi, he and Eminem linked up on Song of the Week “The Adventures of Moon Man and Slim Shady”. He’s also booked roles in Bill and Ted 3 and Luca Guadagnino’s HBO series We Are Who We Are.

Previous Story
The One and Only Ivan Isn’t Nearly as Compelling as Its One and Only True Story: Review
Next Story
Carly Rae Jepsen Misses When It Was “Me and the Boys in the Band” on New Song: Stream
Popular
More Stories
[fu-upload-form form_layout="media" title="Submit Your Photo"][input type="hidden" name="ugc" value="1"][/fu-upload-form]