R.I.P. Trini Lopez, “If I Had a Hammer” Singer and Guitar Designer Dies at 83 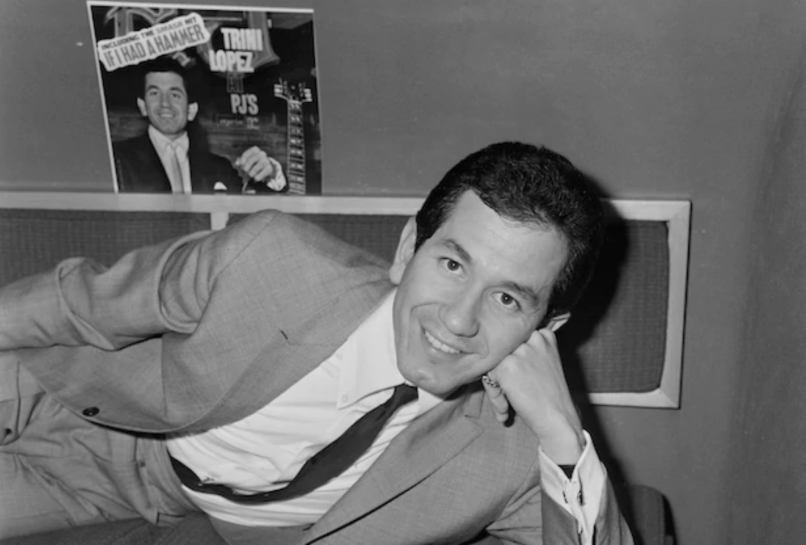 Trini Lopez, the Dallas-born musician known for early ’60s hits like “If I Had a Hammer” and “Lemon Tree”, who later designed two popular guitar models for Gibson and appeared in The Dirty Dozen, has died at the age of 83.

According to The Hollywood Reporter, Lopez passed away Tuesday (August 11th) in Palm Springs, California, from complications of the coronavirus.

The son of Mexican immigrants, as a teenager Lopez cut his chops at The Vegas Club, the Dallas nightclub owned by Jack Ruby (the man who killed John F. Kennedy’s assassin Lee Harvey Oswald). After several years of gigging and a brief stint at Columbia Records, Lopez caught the attention of Frank Sinatra, who signed him as part of his new imprint, Reprise Records.

In 1963, Lopez achieved what would be the biggest hit of his career with “If I Had a Hammer”. Originally written by Pete Seeger and Lee Hays in 1949, Lopez’s version hit No. 1 in 36 countries and sold over one million copies.

The song’s popularity led to a collaboration between Lopez and Gibson Guitar.  He ended up designing two different models for the guitar company: the Trini Lopez Standard, a rock and roll model based on the Gibson ES-335 semihollow body, and the Lopez Deluxe, a variation of a Gibson jazz guitar designed by Barney Kessel. Both models were in production between 1964 and 1971, and remain popular collectors’ items as of today.

Dave Grohl, in particular, has long used one of Lopez’s signature guitars. “Every album [Foo Fighters] have ever made, from the first to the latest, was recorded with my red 1967 Trini Lopez signature guitar. It is the sound of our band, and my most prized possession from the day I bought it in 1992,” Grohl wrote in a tweet paying tribute to Lopez.

Lopez would chart a total of 20 times between 1963 and 1969. In addition to “If I Had a Hammer”, his most popular recordings included versions of Will Holt’s “Lemon Tree”, Jerry Leiber and Mike Stoller’s “Kansas City”, and Veracruz’s “La Bamba”.

Beginning in the late 1960s, Lopez pursued a career in acting. His most memorable role came in 1967’s The Dirty Dozen as Private Pedro Jimenez. He also appeared on the TV series Adam-12 and The Hardy Boys/Nancy Drew Mysteries.

Every album we have ever made, from the first to the latest, was recorded with my red 1967 Trini Lopez signature guitar. It is the sound of our band, and my most prized possession from the day I bought it in 1992. Thank you, Trini for all of your contributions. (2/3)

You will be missed by many, remembered by all.