The Power Trip singer tragically passed away at 34 last week 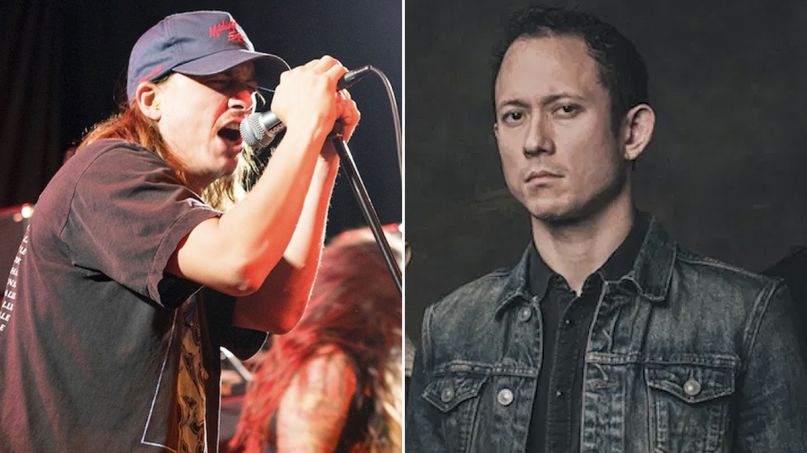 Trivium paid their respects to late Power Trip singer Riley Gale, covering the latter’s “Executioner’s Tax (Swing of the Axe)” on a livestream over the weekend.

Trivium played the cover on their “Deepest Cuts” livestream in honor of Gale, who tragically died last week at 34 from unspecified causes. Of all of Power Trip’s riff-laden thrash metal songs, “Executioner’s Tax” is arguably their signature anthem due to Gale’s chorus refrain — “Swing of the axe!” — which instantly went down in heavy metal lore when it was released on 2017’s Nightmare Logic.

“Talking about love and talking about good times, we had the pleasure of touring with Power Trip on one of our greatest UK/European tours,” Trivium frontman Matt Heafy said during the livestream. “That tour was absolutely unbelievable. All of us got to know Riley quite a bit.”

He continued, “I feel like Power Trip were one the very few bands that weren’t newer, but newer to the world scene, and I think they had a better shot of becoming one of the biggest metal/crossover hardcore bands on the planet. I know that those guys can still pull it together, I hope that they can pull it together and do what they do. … This one’s for Riley.”

Tributes for Gale flowed in from the metal community, artists and fans alike, upon the startling news of his passing. Power Trip even hit No. 1 on the Apple Music’s Metal and Rock album charts at one point last week.

On Sunday night, Power Trip sent out a thank you on social media for all the support, including a graphic featuring Riley and “R.I.P.” written in the band’s font. The band stated the following:

“We would like to thank all the fans, friends, and people around the world who have shown us so much love and support over the last several days. Thank you for honoring Riley and continuing to share your stories, memories, and photos. May his legacy live on forever. 1986-2020”

Gale’s family, as well as Trivium, have asked those who wish to show their support to donate to the Dallas Hope Charities. Watch Trivium’s tribute to Gale, at the 1:26:15 mark of their livestream show, cued up below.

We would like to thank all the fans, friends, and people around the world who have shown us so much love and support over the last several days.

Thank you for honoring Riley and continuing to share your stories, memories, and photos. May his legacy live on forever.

Today we paid tribute to our good friend, Riley Gale of @PowerTriptx by covering “Soul Sacrifice” & “Swing Of The Axe” during The Deepest Cuts stream. His family asked to donate to the Dallas Hope Charities in his name to show support: https://t.co/N0vcOd7Rjm REST IN POWER RILEY pic.twitter.com/qeKAVPJgtE