From his forthcoming EP In a Dream 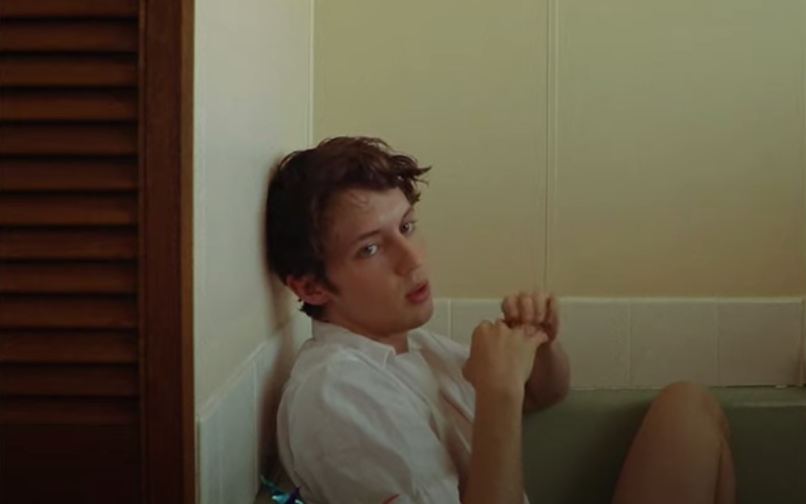 Troye Sivan made the leap from YouTube sensation to bona fide pop star by channelling the raw emotions and urgent horniness of teenagers. His new EP In a Dream is due out August 21st, and on his latest single “Rager teenager”, the 25-year-old Aussie has returned to his angsty, sexy roots.

“I just wanna go wild,” Sivan coos in his velvety baritone. “I just wanna fuck shit up and just ride/ In your car tonight/ In your bed tonight.” But this mood is more intimate than romantic, and the lyrics are less about the “you” and more about the narratorial “I.” Sivan has given primacy to his own feelings, as young people do, and he’s equally content to spend time “In your arms tonight/ Or in his arms tonight.”

Sivan wrote the In a Dream EP from quarantine. In a recent interview with Zane Lowe, he explained that each track is different, with the only theme being that “I needed to write that day.” He said,

“I didn’t go in thinking I was going to write an album. That’s why I don’t have an album. I’ve got an EP because I was just kind of going through a lot and I just wanted to start writing. And I didn’t know what I was writing for. And I didn’t know this EP is such a weird little thing in that all of these songs sound pretty different from each other. And I think the through line, through all of them, is just that I felt like I needed to write that day.”

Sivan directed the accompanying “Rager teenager!” music video himself. It showcases the singer alone in a bathtub, with a curious blurring effect over the footage. As long as he’s still it’s hard to notice, but every time he moves his face is overcome with a disorienting dappled effect, as if the viewer is getting drunk on the music. Check out the visuals below.

The In a Dream EP arrives August 21st, and pre-orders are ongoing. Previously, Sivan shared the singles “Take Yourself Home” and “Easy”. In recent months, he has participated in Mark Ronson’s “Love Lockdown” quarantine livestream and The Stonewall Inn’s virtual benefit show.