Rumsey also recorded with Blonde Redhead and ran the indie label Punk In My Vitamins? 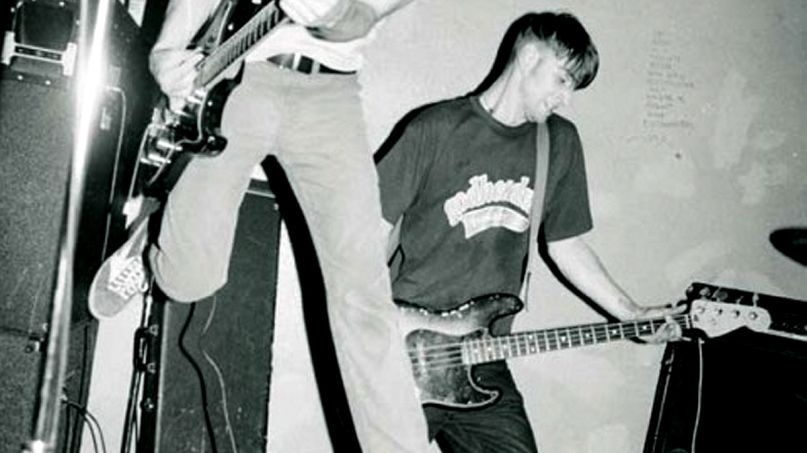 Founding Unwound bassist Vern Rumsey has passed away at the age of 47. No cause has been reported, but Rumsey’s Household Gods bandmate Conan Neutron posted news of the bassist’s death on Facebook.

Rumsey was a fixture in the Pacific Northwest punk scene since forming Unwound with singer-guitarist Justin Trosper and drummer Brandt Sandeno in 1991. Sara Lund replaced Sandeno in 1992, and the core trio would remain together throughout the band’s career. They broke up in 2002 after releasing some of the most beloved post-hardcore and heavy noise rock of their generation.

Rumsey’s tenacious and meticulous bass playing underlined Unwound’s post-hardcore sound. He went on to play in synth-pop act Long Hind Legs — sometimes under his “Wolfgang” alias — as well as the Pacific Northwest group Witchypoo. One notable credit is his bass work on Blonde Redhead’s 1997 album Fake Can Be Just as Good. In recent years, Rumsey teamed with ex-Slint guitarist David Pajo, playing together in Household Gods alongside Neutron.

Rumsey also ran his label, Punk In My Vitamins? Records, throughout the ’90s and into the next decade, releasing LPs by cult indie bands like Chokebore, Swearing at Motorists, and Calvin Johnson’s Dub Narcotic Sound System.

We’d like to send our condolences to Rumsey’s family, friends, and bandmates during this difficult time. Watch footage of Rumsey performing with Unwound in 1996 below.