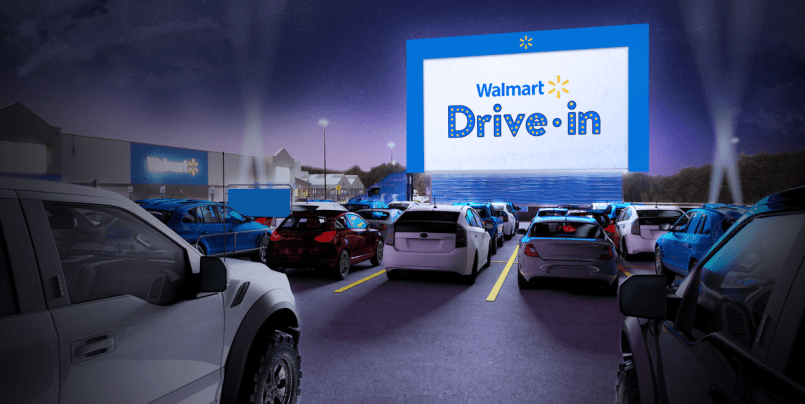 Most movie theaters are still closed, but Walmart is bringing us the next best thing: drive-in theater screenings.

As reported last month, the big box retailer has partnered with the Tribeca Film Festival to screen fan favorite flicks in store parking lots all over the country. Now, Walmart has announced the full lineup of movie titles it plans to show over the next few months, and let’s just say you’ll want to start stocking up on popcorn.

The jam-packed Walmart Drive-In Series lineup includes crowd-pleasers like Black Panther,The Wizard of Oz, Selena, and Friday Night Lights, as well as action flicks such as Wonder Woman, Spider-Man: Into The Spider-Verse, and Men in Black: International.

Additionally, there are a number of classics in Ghostbusters (1984), The Goonies, and Beetlejuice, and family-friendly movies including LEGO Batman and Pokémon Detective Pikachu. Fans can also catch a screening of the oddball animated basketball movie Space Jam.

In case this stacked listing isn’t enough, celebrities will also be making appearances at select Walmart locations during these screenings. Virtual host Drew Barrymore is scheduled to “stop by” a surprise location, as will Chrissy Metz and Peter Berg.

A total of 320 movie showings will take place from August 14th through October 21st at over 160 Walmart stores. Admission is free, and interested folks can sign up for tickets at their nearest store here. You’ll need an FM-equipped radio to hear the movie’s audio (most car radios will work fine), and booze isn’t allowed. “Doors” open at 6 p.m. local time with screenings beginning at 7:30 p.m. Face masks are required if anyone wants to enter the store for concessions or toaster ovens or lawnmowers.