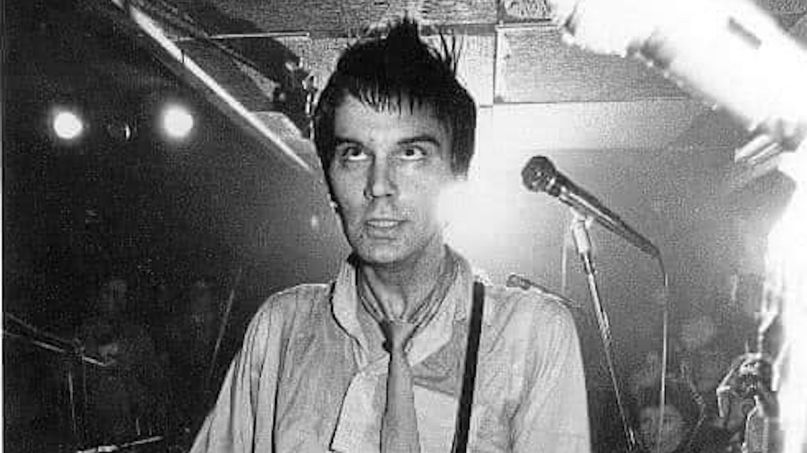 Walter Lure, guitarist-vocalist for ’70s punk pioneers The Heartbreakers (also known as Johnny Thunders & The Heartbreakers), has died at the age of 71. The veteran musician passed away Saturday (August 22nd) after being diagnosed with liver and lung cancer last year.

The Heartbreakers (not to be confused with Tom Petty’s backing band of the same name) formed in New York City in 1975 after Johnny Thunders and drummer Jerry Nolan quit The New York Dolls. The pair were joined by bassist Richard Hell after he parted ways with Television, and eventually Walter Lure to round out its initial lineup.


The band would become an early fixture of the New York City punk scene, playing iconic venues like CBGBs and Max’s Kansas City. By 1976, Hell quit the band and was replaced by Billy Rath, cementing The Heartbreakers’ classic lineup.

The Heartbreakers only released one album, 1977’s L.A.M.F., which was poorly received upon its release due in large part to a subpar mix, but has since attained legendary status. It was later released as L.A.M.F.: The Lost ’77 Mixes, featuring a higher quality sound.

The band broke up in 1980, and Lure went on to become a stockbroker. However, he would get together with The Heartbreakers for some one-off reunions throughout the ’80s and early ’90s.

Sadly, Lure’s death means every member of the classic Heartbreakers lineup has passed away. Thunders died in 1991, followed by Nolan in 1992. Rath passed away in 2014.

Lure’s passing was reported on the Facebook page of the Starwood Nightclub, with the following statement:

“Walter Lure (April 22, 1949 – August 22, 2020) our dear friend has passed away. Walter was diagnosed with liver and lung cancer in July 2020, which spread rapidly and he died from complications related to the cancer at the age of 71, peacefully in the hospital, surrounded by family. He was much loved by all and respected for all he contributed to the world of music. He will be dearly missed. To his family, friends and fans our deepest condolences. May he RIP.”

In addition to his work in the Heartbreakers, Lure played guitar on the Ramones albums Subterranean Jungle (1983), Too Tough To Die (1984), and Animal Boy (1986), although his contributions were uncredited. He also sang on the Ramones’ cover of The Rolling Stones’ “Street Fighting Man”.

The guitarist-singer also formed his own band, The Waldos, and penned a book, To Hell and Back, chronicling his time in The Heartbreakers. In 2016, he joined Blondie’s Clem Burke, The Replacement’s Tommy Stinson, and MC5’s Wayne Kramer to perform L.A.M.F. in its entirety, a gig that was captured for a DVD release. He also played similar shows with Social Distortion’s Mike Ness and Sex Pistols’ Glen Matlock the following year.

Our condolences go out to Walter Lure’s family, friends, and bandmates during this difficult time. See him performing “Born to Lose” with The Heartbreakers below.