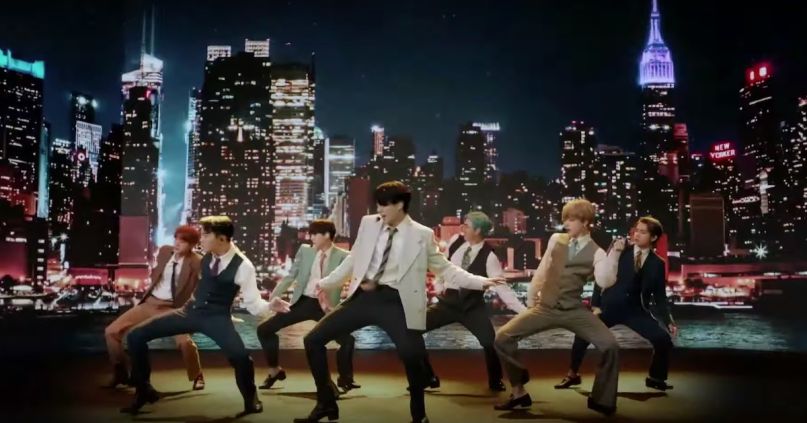 This year’s awards ceremony was originally supposed to take place at the Barclays Center in Brooklyn. However, due to the ongoing pandemic, the evening’s performances were filmed remotely. In the case of BTS, they broadcasted all the way from South Korea. However, thanks to the power of green screen technology, they were able to incorporate iconic New York City locations into the background, such as Times Square and the famed cobblestoned area of DUMBO.

As with everything BTS-related, their performance was a flashy extravaganza from start to finish, highlighted by precise choreography and swoon-worthy ‘fits. The BTS ARMY has worked hard for their Bangtan Boys, and now they’ve returned the favor tenfold. Watch the video replay below.

“Dynamite” follows the seven-piece outfit’s Japanese album Map of the Soul : 7 ~ The Journey ~, a companion effort to the stellar Map of the Soul: 7. Fans will have plenty more BTS to enjoy in the coming months, including a new concert film titled Break the Silence on September 24th. The K-pop superstars are also expected to drop another new album sometime before the end of 2020.