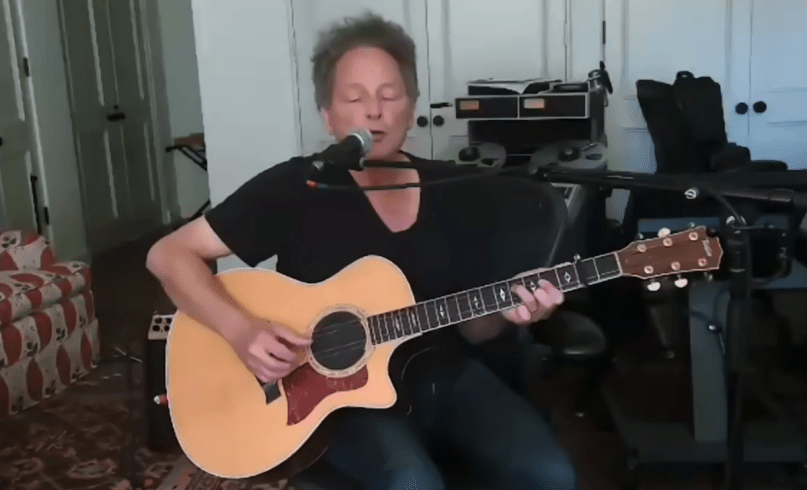 Lindsey Buckingham sings for the first time since 2019 heart surgery

Life has been quite rocky for Lindsey Buckingham the last couple of years. In addition to being fired from Fleetwood Mac, he suffered a heart attack and underwent open heart surgery that ended up damaging his vocal cords. But there is light at the end of the tunnel and the veteran guitarist is finally on the mend.

Last Friday, the 70-year-old musician sung live for the first time since his operation. As reported by Rolling Stone, Buckingham performed a mini set on Zoom, the pandemic venue of choice, for tech company Nutanix.

Having made great strides in his recovery progress, Buckingham played material from throughout his catalog. He delivered acoustic versions of Fleetwood Mac songs “Never Going Back Again” and “Big Love”, as well as rolled out his own solo material in “Trouble” from 1981’s Law and Order, and 2006 Under the Skin selection “Shut Us Down”.

During the broadcast, Buckingham explained that he chose these specific songs because they “lend themselves to the [finger-picking] style…that I’ve come to rely on.” At one point, he joked that he needed a guitar tech for his home set-up.

Damaged vocal cords can sometimes spell out the end of an artist’s career, but Buckingham’s emergency heart surgery in early 2019 was deemed a necessary and dire “life-saving procedure”. Post-op assessments unfortunately revealed an “unclear” diagnosis with regards to the degree and permanence of the damage. Still Buckingham remained optimistic about his health and even valiantly attempted to perform at his daughter’s high school graduation just a few short months after the operation.

Next up for Buckingham is an appearance on this month’s Imploding the Mirage, the new album from The Killers.