In support of Set My Heart on Fire Immediately, one of the best albums of 2020 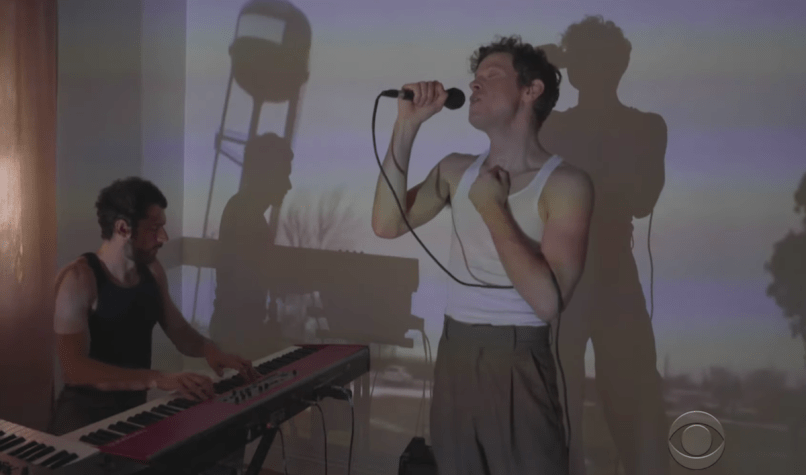 On Thursday, Perfume Genius delivered a #PlayAtHome performance of “Whole Life” on The Late Show. Despite not actually broadcasting from a proper TV studio, the artist born Michael Hadreas still held viewers captive, thanks to some dramatic lighting and his magnetic body language.

The whole thing was shot in a dimly lit room in Los Angeles with longtime collaborator Alan Wyffels. Hadreas can be seen performing in front of a projection screen rolling footage of collapsing water towers. Between that imagery, the song itself, and Hadreas’ body and shadow dancing in tandem with one another against the screen, it all felt somewhat poetic. You could almost say that the emotive potency of Perfume Genius is so powerful it transcends quarantine borders.

Watch it for yourself below, and then revisit his interview with Kyle Meredith With… from earlier this year.

“Whole Life” is off Hadreas’ latest Perfume Genius album, Set My Heart on Fire Immediately, out now through Matador Records. We recently lauded the LP as one of our favorites of 2020 so far. For more of the full-length, revisit Hadreas’ appearance on The Tonight Show from last month.