The Avalanches Head to Space in Cosmic New Video for “Wherever You Go”: Watch 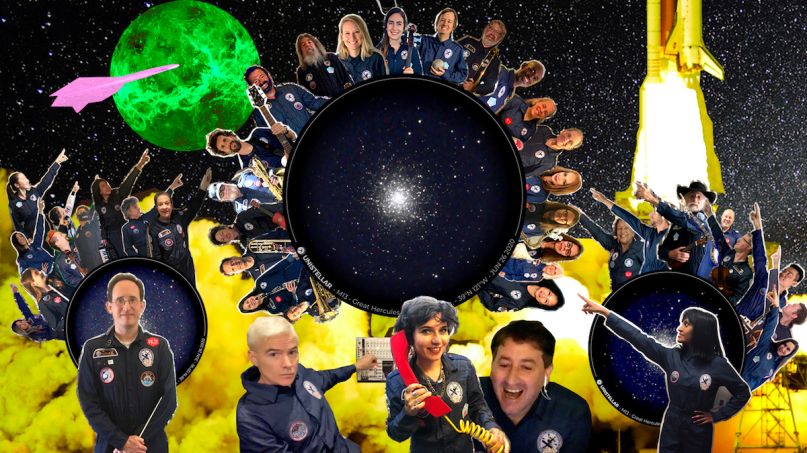 The Avalanches' "Wherever You Go" video

The Avalanches have released a new music video for “Wherever You Go”, their collaborative single with Jamie xx, Neneh Cherry, Mick Jones of The Clash, and CLYPSO. It marks the first time members Robbie Chater and Tony DiBlasi have ever appeared in a video in the band’s 23-year-long career.

A collaboration with The International Space Orchestra, the clip is filled with fun space science, planets, and even musical spacecrafts. “We are forever grateful to Dr. Nelly Ben Hayoun [ISO director] and the International Space Orchestra for a truly magical, inspiring and connective experience,” The Avalanches commented in a statement. “During a hard lockdown, it has renewed our faith in music, humanity and the power of connection, science and love.” Watch below.

For those unaware of the intergalactic connection here, “Wherever You Go” features samples from the Voyager Golden Record, which was launched into space aboard the Voyager crafts in 1977, and contains music and sounds that represent life on Earth.

Additionally, The Avalanches have been working with astronomer and astrophysicist Frank Drake in “developing a sonification” of something called the Arecibo message. Sent out into space by Drake, the message is actually an interstellar radio signal containing information about the human race. The Australian duo has successfully translated the message into 0’s and 1’s and hopes to somehow use them on a new space-themed album.

“We would also like to thank Dr. Franck Marchis and Dr. Frank Drake for all their help in deciphering the Arecibo message for inclusion on our upcoming project. It’s the first time this message has been translated into music,” said Chater and DiBlasi.

This as-yet-untitled record is set to include “Wherever You Go”, as well as previous singles “Reflecting Light” and “We Will Always Love You” featuring Blood Orange. It will mark The Avalanches’ third full-length to date following Wildflower from 2016.