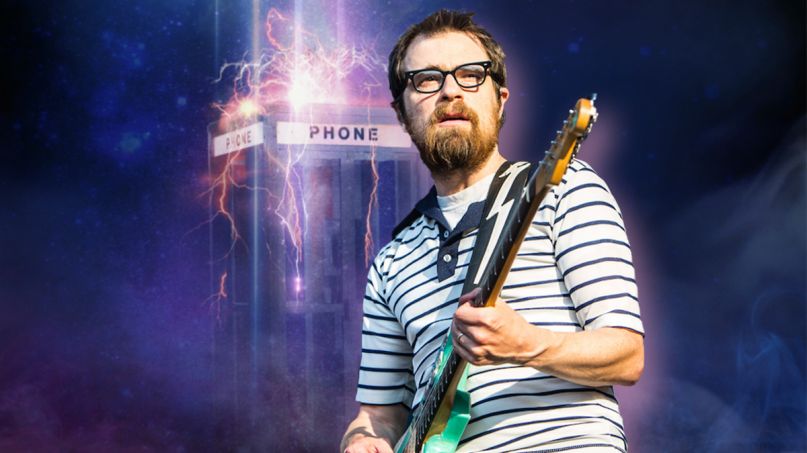 When a movie’s called Bill & Ted Face the Music, you have to imagine its soundtrack is going to have some most excellent tunes. Today brings the official announcement of the Bill & Ted 3 OST, heralded by Weezer’s contribution, “Beginning of the End (Wyld Stallyns Edit)”.

With the film now due in theaters and on video-on-demand on August 28th, the companion album is set to land the same day. In addition to Weezer, the collection features new music from Mastodon (who contribute a song called “Rufus Lives”), FIDLAR, Cold War Kids, Lamb of God, Big Black Delta, and Culture Wars.

There are also two tracks from Bill (Alex Winter) and Ted’s (Keanu Reeves) very non-heinous band Wyld Stallyns. They perform the title track with Animals as Leaders and Christian Scott aTunde Adjuah, as well as the song we can only assume will save the universe, “That Which Binds Us Through Time: The Chemical, Physical and Biological Nature of Love; an Exploration of The Meaning of Meaning, Part 1”.

As for Weezer, their “Beginning of the End (Wyld Stallyns Edit)” sounds pretty much exactly what you’d expect Weezer writing a song for Bill & Ted to sound like. What opens with Cali-pop vibes riffs off into blaring riffs and a hooky chorus.

The track comes with an station-worthy video that sees Weezer donning their best rock-star looks as clips from the movie play. In a surprise cameo ending, it’s revealed the band is auditioning for an opening spot at a Wyld Stallyns show. Do they get the gig? Watch below to find out.

Under the clip, you can also check out the Bill & Ted Face the Music OST artwork and tracklist. Pre-orders for the album are ongoing here.