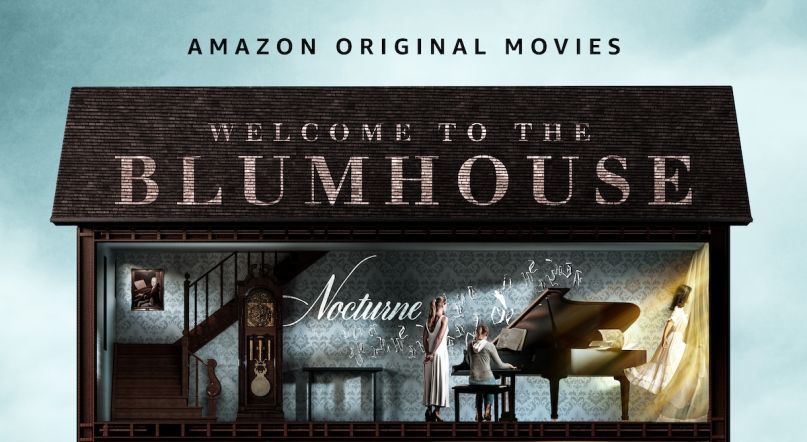 Good news, ghouls and gals: Blumhouse has a few tricks and treats for this year’s Halloween season. Today, they’ve announced a new partnership with Amazon Studios that will see the release of eight new horror flicks for their Prime Video service. The first four will roll out as double features beginning this October completely free.

It’s called Welcome to Blumhouse and the pseudo film festival of sorts aims to present “a distinctive vision and unique perspective on common themes centered around family and love as redemptive or destructive forces.”

It all begins Tuesday, October 6th with the premiere of The Lie directed by Veena Sud (The Killing, 7 Seconds) and Black Box directed by Emmanuel Osei-Kuffour Jr. (Born with It). The following Tuesday, October 13th, will see the release of Evil Eye by Elan Dassani and Rajeev Dassani (A Day’s Work, Jinn) and Nocturne by Zu Quirke (Zugzwang, Ghosting).

“This collection from diverse and emerging filmmakers was a thrill to put together with our wonderful partners at Blumhouse Television,” said Julie Rapaport, Co-Head of Movies for Amazon Studios. “These chilling stories have something for everyone – ready to fright and delight genre fans and newcomers alike – and we are excited to share them with our global Prime Video customers.”

“We’re beyond excited that the visions of these talented filmmakers will finally be seen by genre fans around the world, especially during this time when people are seeking to escape and be entertained. And we love the innovative idea of programming like the classic drive-in or repertory theater experience,” said Marci Wiseman and Jeremy Gold, co-presidents Blumhouse Television. “Amazon have been incredible partners, linking arms and supporting the creative visions throughout the process of making these films.”

Below, you can check out the series’ swanky poster and catch a glimpse of each story within its dollhouse structure. As for the remaining four films, they will follow sometime in 2021 — along with the rest of the biggies from Blumhouse. If you recall, the studio had to recently push back their big 2020 tentpole Halloween Kills to next Fall.

So, hopefully these four bring us at least one good scare.