Will Smith and Kevin Hart Team Up for Planes, Trains and Automobiles Remake 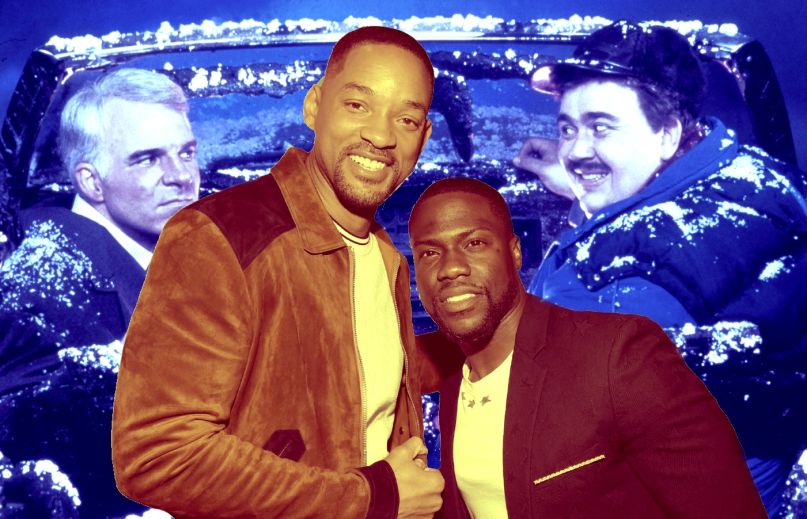 Will Smith and Kevin Hart

Planes, Trains, and Automobiles is getting a remake. As Deadline reports, Paramount Pictures has commissioned a modern update of John Hughes’ 1987 holiday classic with stars Will Smith and Kevin Hart in the lead.

Brooklyn 99 and Woke writer Aeysha Carr will pen the script and make her feature film screenwriting debut. Not surprisingly, both Smith and Hart will also serve as producers on the project via Westbrook Studios and Hartbeat Productions, respectively.

The original film starred Steve Martin and the late John Candy as two unlikely bedfellows who are forced to rely on each other as they find a way home before the Thanksgiving holiday. At the center of it all is a gooey heart beating with teary drama.

Whether or nor this remake will similarly bring us to tears remains to be seen. The jury is out on Hart when it comes to drama, though Smith has certainly made many a moviegoer cry throughout his blockbuster resume.

Alas, we’ll find out in the near future when Smith and Hart hit the road together. Below, you can revisit the original trailer and head back to Shermer, Illinois by reading through our entire ranking of Hughes’ comedy catalogue.