Bottom line: It was a great, great night for HBO 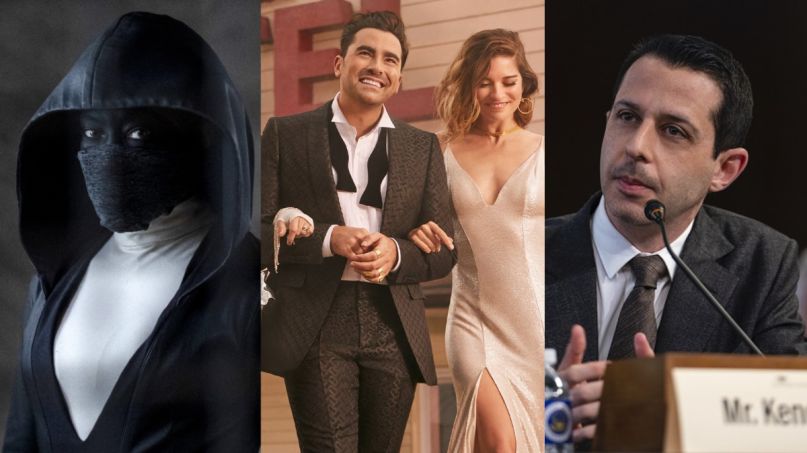 The Emmy Awards went virtual for 2020 in an unprecedented move. Now in its 72nd year, the ceremony honored the best in U.S. prime time television programming from June 1st, 2019 until May 31st, 2020. Jimmy Kimmel was the night’s host, proving three time’s the charm as he presided over the live ABC broadcast.

Not surprisingly, Last Week Tonight with John Oliver secured its fifth consecutive win for Outstanding Variety Series. Good for HBO, who just renewed the series until 2023. Spoiler: This won’t be the last time the series takes home gold.

A number of awards were given prior to the show as part of the Creative Arts selections. Among the many highlights include Eddie Murphy’s first Emmy win for Saturday Night Live, Dave Chappelle’s vindication for Best Variety Special, Trent Reznor and Atticus Ross inching ever closely to an EGOT with their win for Watchmen, Rick and Morty taking home Best Animated Program, The Last Dance tangoing away with Best Original Documentary Series, and HBO’s Bad Education conquering El Camino for Best Television Movie.

Going into the ceremony, the award show had already set a new record of nominations for Black performers. That slate warranted seven wins, topping the show’s previous record of six back in 2018, according to The Hollywood Reporter.

Looking at the spread, it’s clear HBO has zero anxiety in their post-Game of Thrones era. Succession, Watchmen, Euphoria, Bad Education, and even I Know This Much Is True left very, very little for the competition outside of Comedy. It’s a major coup for the network, who converted a whopping 30 of its 107 nominations into wins.

Netflix, who had garnered a record 160 nominations, came in second to HBO with 21 wins. Pop TV came next with 10 and both Disney+ and NBC tied with 8 wins. The real upset of the night, however, was Hulu and FX on Hulu, who only secure a single win each.

Of the series, the top-five breakdown is as follows (via The Hollywood Reporter): HBO’s Watchmen with 11 wins, Pop TV’s Schitt’s Creek with 9, HBO’s Succession with 7, Disney+’s The Mandalorian with 7, and NBC’s Saturday Night Live with 6.

Outstanding Comedy Series
Curb Your Enthusiasm
The Good Place
Dead To Me
Insecure
The Kominsky Method
Schitt’s Creek
The Marvelous Mrs. Maisel
What We Do In the Shadows

Outstanding Guest Actress in a Drama Series
Cicely Tyson, How to Get Away with Murder
Laverne Cox, Orange is the New Black
Cherry Jones, Succession
Harriet Walter, Succession
Alexis Bledel, The Handmaid’s Tale
Phylicia Rashad, This is Us

Outstanding Hosted Nonfiction Series or Special
Comedians In Cars Getting Coffee
Leah Remini: Scientology And The Aftermath
The World According To Jeff Goldblum
Ugly Delicious
Vice