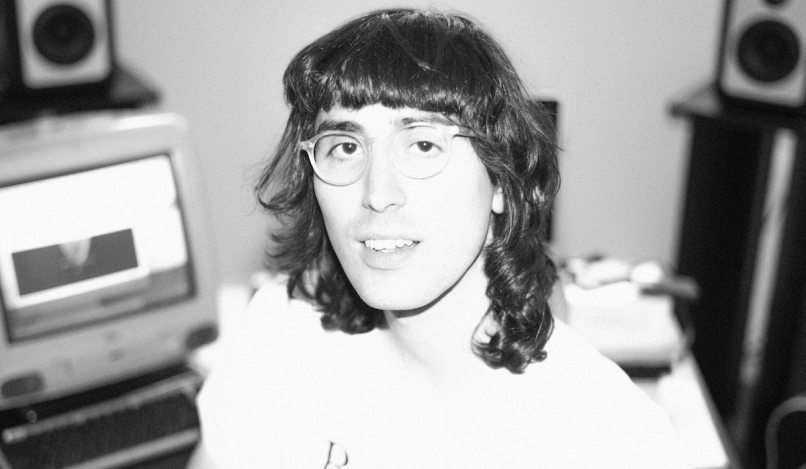 With his forthcoming album Apple about to drop, A. G. Cook has shared the new single “Xxoplex”. The founder of PC Music has also announced the “Appleville” livestream on September 12th featuring Charli XCX, 100 Gecs, Clairo, Kero Kero Bonito, and more.

This is only the latest dish coming out of Cook’s kitchen. In addition to his work as Charli XCX’s bandleader, executive producing her wonderful new album How I’m Feeling Now, Cook just put out the 49-song 7G collection last month. “Xxoplex” is the sound of a man who won’t slow down, and perhaps can’t — it’s a compulsively catchy melody, distilled down to its glitchy, bleeping essence.

In a statement, Cook referred to “Xxoplex” as the “dark, industrial heart” of Apple. He called it,

“An unknown entity that has dominated dancefloors since its birth many centuries ago. But as I’ve spent more time with the track over the years, I’ve started to enjoy its softer side, a silliness, a sense that anything could happen. As Newton’s law of EDM gravitation states, every track is bound to drop at some point.”

Don’t defy Newton’s law of EDM gravitation, and check out “Xxoplex” below. It’s the second single off of Apple, following on August’s “Oh Yeah”. The Apple falls on September 18th, and Cook already pressed ‘play’ on the pre-orders.

You’ll probably have a chance to hear “Xxoplex” live during the September 12th Appleville livestream. Cook envisions the event as “a tribute to live computer music in all its forms.” It’s technically free, but you can purchase tickets at Bandcamp to support Mermaids and the Black Cultural Archives. Purchase also unlocks access to recordings of the concert and other bonus features. Check out the full lineup below.

In addition to everything else he’s got going on, Cook produced Shiver, Jónsi’s first solo album in a decade, out October 2nd.