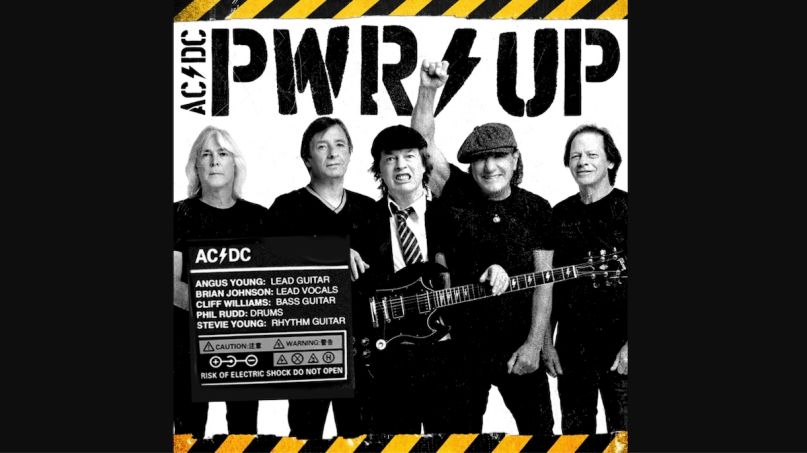 AC/DC are definitely back. The legendary band has confirmed long-running rumors about its reunited classic lineup, while also revealing the apparent title to its upcoming album.

The new post follows one from earlier in the week that showed a neon light in the shape of the lightning bolt from the band’s logo flickering on, as if to say that AC/DC are open for business. In addition, the band’s website redirects to pwrup.acdc.com, where information on the album is slowly being revealed. There’s also been an offline advertising campaign, with a “PWR/UP” poster appearing outside Angus Young’s old high school in Australia, and ads popping up in newspapers.

The lineup marks a welcome return of three classic members who had all exited AC/DC for various reasons. Due to hearing issues, Brian Johnson was forced to leave in the midst of the band’s “Rock or Bust Tour”, with Axl Rose taking his place. Phil Rudd was locked up in some very serious legal issues in New Zealand, and had been replaced by Chris Slade. And Cliff Williams retired in 2016 after AC/DC played the final show of the “Rock or Bust Tour”. That left Angus Young as the only classic member remaining, with the future of the band in doubt.

While original rhythm guitarist Malcolm Young tragically passed away in 2017 after a battle with dementia, he is reported to be very much part of the new album. Reports surfaced in 2018 that the band was working with and incorporating riffs that Malcolm had written before his death. After he had taken ill, the guitarist was replaced in the lineup by Stevie Young, the nephew of both Malcolm and Angus.

As far as a release date for the new album, a graphic on the band’s website has “7-12” cryptically included. In Australia, that would be the format for December 7th. However, that is a Monday, and wouldn’t follow the traditional Friday album release.

AC/DC’s new LP will be the follow-up to 2014’s Rock or Bust. Stay tuned as more information is unveiled about the band’s highly anticipated new album.

This poster has popped up outside Angus Young's old High School. What are AC/DC up to?
#acdc #triplemrock #triplemrocknews #musicnews pic.twitter.com/GGOjHBiaRD

PWR⚡️UP advertisements appear in newspapers across the UK as whatever AC/DC are doing gains traction. https://t.co/53cm12JUaG