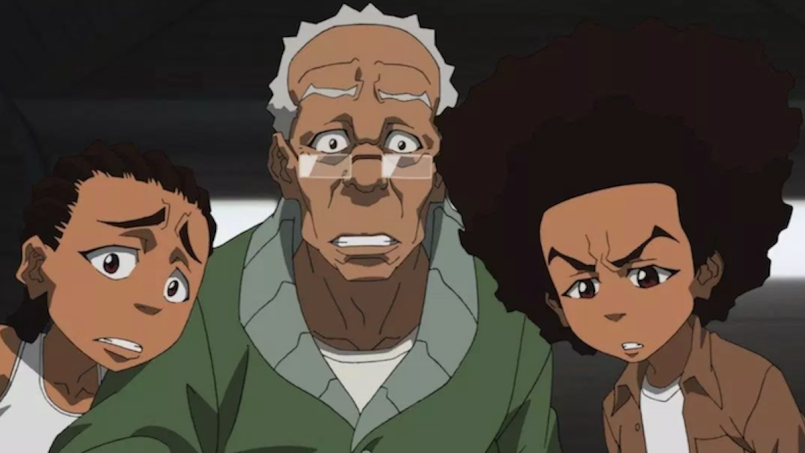 Several episodes of the Adult Swim series Aqua Teen Hunger Force, The Boondocks, and The Shivering Truth have been “permanently retired due to cultural sensitivities,” The Daily Beast has learned.

The Adult Swim archives are part of the massive library offered by new streaming service HBO Max. But certain controversial episodes didn’t migrate over. Aqua Teen Hunger Force is missing the Season 6 shocker “Shake Like Me”, in which Shake is bitten by a radioactive Black person, the experience of which changes his appearance and behavior to be more stereotypically Black. ATHF also arrived without the incomplete Season 5 episode “Boston”, which is a parody of a real-life bomb scare caused by the guerrilla marketing campaign for the Aqua Teen Hunger Force Colon Movie Film for Theaters.

Additionally, Adult Swim has “temporarily rested” the third episode of the stop-motion anthology The Shivering Truth. In one segment, a woman gives birth to a police officer who is then referred to as a “dirty pig.” Representatives did not say whether they were protecting the feelings of the nation’s cops or the nation’s swines.

As for The Boondocks, creator Aaron McGruder has built a career by flying close to the sun. Episodes like “The Hunger Strike” and “Pause” have long caused controversy for their biting takedowns of B.E.T. and Tyler Perry, respectively. Well, both of those episodes made the cut, but “The Story of Jimmy Rebel” did not. That particular episode is about Uncle Ruckus’ friendship with a virulently racist country singer named Jimmy Rebel whose albums are named things like Real N****** Never Die, They Just Smell That Way. The decision to nix “Jimmy Rebel” but keep “The Hunger Strike” and “Pause” is a difficult choice to defend. From the outside, it sure seems like McGruder’s satire of Black entertainers was deemed more acceptable than his critiques of white ones.

In a statement, Adult Swim explained the episodes have been “permanently retired due to cultural sensitivities,” saying,

“When Adult Swim transitions series to a new platform, we determine what episodes are selected through creative and cultural filters and our standards and practices policies. Oftentimes these decisions are made in collaboration with the show’s creators.”

McGruder has so far declined to comment. The Boondocks were recently renewed for two new seasons on HBO Max, with the first of these arriving later this year.

These moves come as American society continues to wrestle with the line between satire and insensitivity. Shows like 30 Rock, The Office, Scrubs, Community, and Golden Girls have all yanked episodes over the use of blackface. In the wake of George Floyd’s unconscionable murder, HBO Max temporarily pulled Gone with the Wind before restoring it with a historical disclaimer.