Vacare Adamaré will arrrive October 30th under the moniker ARO 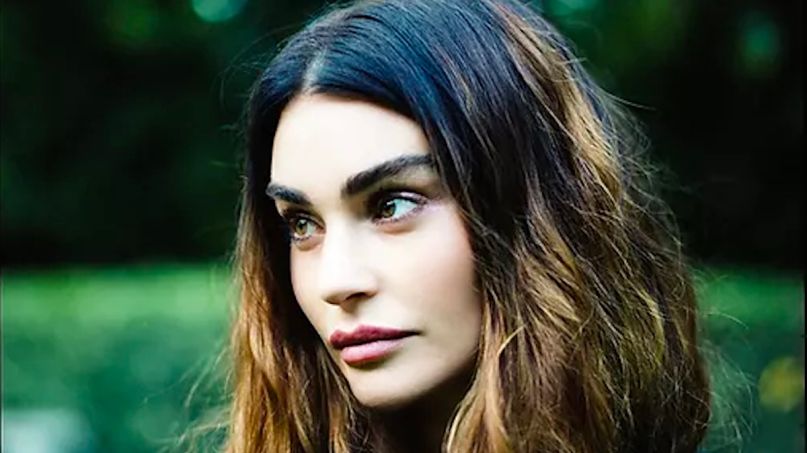 Ozzy Osbourne’s daughter Aimee Osbourne has announced the release of her debut album, Vacare Adamaré, which she’s issuing under the name ARO. In advance of the LP’s October 30th arrival, Aimee has unveiled the new single, “House of Lies”.

Aimee actually started her ARO project a decade ago, and began releasing stand-alone singles in 2015. The acronym is short for her full name, Aimee Rachel Osbourne. Earlier this summer, she shared the album’s first single, “Shared Something With the Night”, and has now followed that up with “House of Lies”.

While her dad is a godfather of heavy metal, Aimee’s music is more in the style of Kate Bush or Portishead, combining elements of synth-pop and alternative rock.

As for why it has taken so long from the start of her project to release her first album, Aimee told AltPress she had to face a lot of obstacles that come with being an Osbourne. “For me, it felt like I was run over by a steam train,” explained Aimee. “And every time I tried to be taken seriously, for a long time, because people made assumptions about what I should sound like. The family name. And also, you know, people assume that if you come from a certain background, you have access to unlimited funds and that they have the right to dive into those funds.”

Now, Aimee is signed to the indie label Make Records, which she calls a “very supportive, lovely little record company family I have right now.”

Aimee also has a background in acting, and it turns out that she penned the treatment for the upcoming biopic about her parents, Ozzy and Sharon.

“My mother had been trying and trying for years to find the right people to get the film going,” Aimee told AltPress. “I can’t go into too much detail about it, but I basically said, ‘No, this is how the story should be told from this angle, with this kind of story.’ … So I wrote the treatment. I think within two weeks, we had numerous deals on the table.”

Hear ARO’s new song “House of Lies”, as well as the previous single “Shared Something with the Night”, below, and download both tracks here. As of now, the album art and tracklist for Vacare Adamaré have not been unveiled.

You can also catch Aimee performing a livestream concert this Saturday (September 26th) from the Hotel Cafe in Los Angeles, with tickets available here.