Conway the Machine Keeps Grinding with Hard-Hitting From King to a GOD: Review 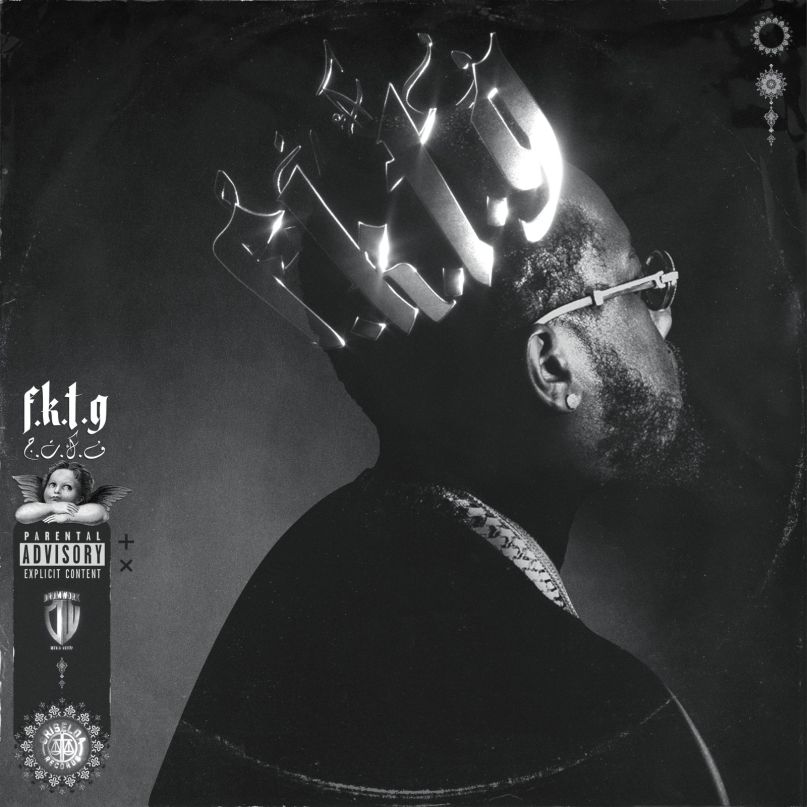 The Lowdown: When the city of Buffalo is mentioned within earshot of non-residents, what usually comes to mind are four consecutive Super Bowl losses by the Bills and the town’s arctic-like cold weather. But a hip-hop/entrepreneurial collective, consisting of two brothers and their close cousin, have been grinding in the shadows and honing their craft in preparation to put New York’s “Queen City” on the map in a major way.

No one could foresee that out of Buffalo would emerge one of hip-hop’s hardest, most consistent crews, Griselda, featuring the likes of Benny the Butcher, Westside Gunn, and Conway the Machine, who are torchbearers for hardcore East Coast hip-hop. Their hard-earned rise has garnered ultimate endorsements and backing from JAY-Z’s Roc Nation, who handles the collective’s management, and Eminem’s Shady Records, which serves as the distribution arm of their music. Adding significant value to their skyrocketing stock is Conway the Machine’s latest offering, From King to a GOD.


The Good: To say that Conway has been active lately would be a gross understatement. Just this year, he’s released two EPs, LULU and No One Mourns the Wicked, both critically acclaimed and highly regarded by fans. Speaking on his creative process, Conway said: “Typically, when I create an album, I tend to focus on being the best rapper and having the best bars. With From King to a GOD, I wanted to show growth — how much I’ve grown as an artist and how much I’ve grown as a man.” Undoubtedly, if Benny is the technician, and Westside is the most stylish, Conway is the heart and soul of the crew. His unrelenting braggadocio, signature flow (partly due to Bell Palsy after being shot), and intricate rhyme schemata give him an authenticity and urgency in his voice that comes shining through on each bar.

Conway enlists a “who’s who” of rappers and producers to assist him on his new album. He calls upon legends of the Boom-Bap, gritty, sample-driven New York sound who have bequeathed to Conway and his crew an extremely loyal and devoted fan base. Spanning 14 tracks, From King to a GOD finds East Coast hip-hop stalwarts Erick Sermon, DJ Premier, Havoc, Da R0ckwilder, and The Alchemist all making stunning appearances. Boasting these legendary architects of New York hardcore hip-hop, each producer’s individuality meshes seamlessly with the cinematic ethos and overall sonics of the album. The majority of the production duties are handled by UK producer Beat Butcha and Griselda’s homegrown producer Daringer, who are direct descendants of the aforementioned producers, and it shows in their meticulous work, atop which Conway crafts compelling rhymes about life on the streets and now enjoying the fruits of his labor. Additionally, production is handled by super-producer Hit-Boy, who is having a year for the books, Dej Loaf, Method Man, Flee Lord, Lloyd Banks, Armani Caesar, Freddie Gibbs, El Camino, and, of course, his comrades Benny the Butcher and Westside Gunn.

Conway gives his audience what it wants: raw street hip-hop in its purest form. The haunting, string-heavy “Juvenile Hell” —  produced masterfully by Havoc and featuring Flee Lord and Lloyd Banks — is a standout on the album. It’s a formidable posse cut full of raw, hardcore lyricism, power-packed punchlines, and mesmerizing metaphors that will have hip-hop heads arguing over who had the better verse. DJ Premier provides a smooth track with his famous scratches to compliment Conway perfectly on “Nothin Less”. He raps, “They checkin’ my release dates, them niggas is worried/ Caught me lackin’ before, but it didn’t disturb me/ ‘Cause I just dropped another bag, I’m gettin’ ’em buried.” From King to a GOD is a celebration of his hard-earned success against almost insurmountable odds, and Conway is clearly enjoying the victory lap.

The Bad: Conway has the streets sewn up on From King to a GOD, but when it comes to writing songs that might appeal beyond his male-dominated fan base, this deity has some more work to do. His sole attempt at a bop on the project, “Anza”, featuring Armani Caesar, isn’t a bad song but definitely seems out of place. While the album is a cohesive project, it may have been even stronger without this attempt at something that sounds like a ploy to get some radio play or gain crossover appeal. The next step in Conway the Machine’s journey as an elite MC is to write songs that will showcase his wit, infectious hooks, and lyrical insight but also be earmarked for more than street dudes. This glaring flaw tarnishes some of the shine on From King to a GOD.

The Verdict: On his third release of the year, two solo projects and one with Griselda, Conway the Machine has delivered another exceptional album, extending the influence and prominence of the Griselda brand and discography. From King to a GOD is arguably one of the best Griselda projects thus far and a viable contender for year-end lists. Conway’s versatility is on full display throughout the album, exhibiting his growth as an artist who is coming into his own in his late thirties. He’s proof that greatness has no time or age constraints and that grown men can create impactful art in hip-hop without chasing the latest trends. From King to a GOD sees Conway taking his rightful place in the game in real time.

Pick up a copy of Conway the Machine’s From King to a GOD here.