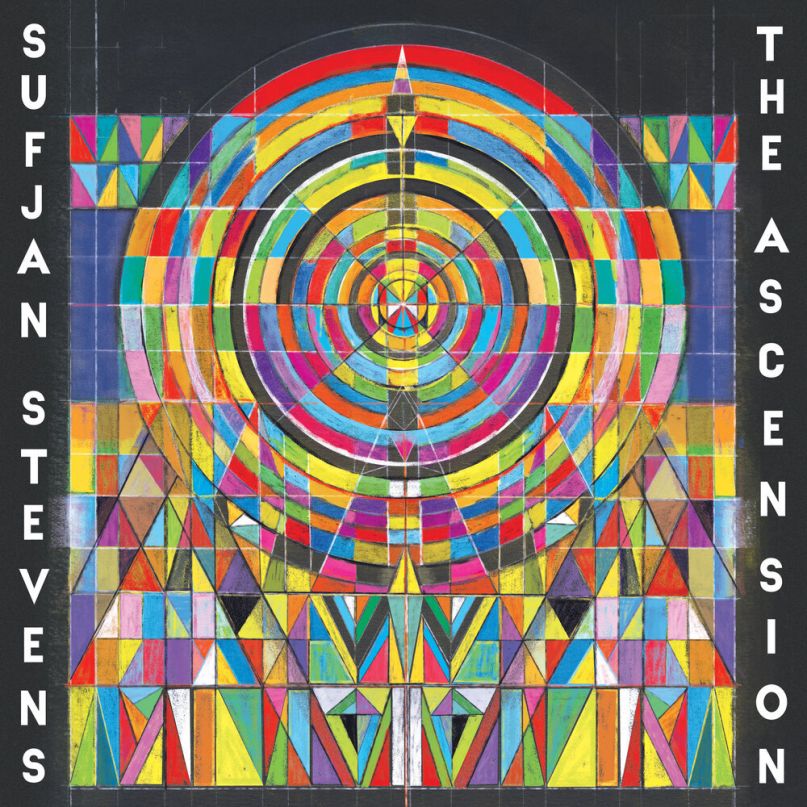 The Lowdown: Sufjan Stevens hasn’t exactly stayed quiet since his last proper album, 2015’s folk-infused, melancholy Carrie & Lowell. In the time since then, he’s released a collaborative concept album about the solar system alongside James McAlister, Nico Muhly, and The National’s Bryce Dessner. He contributed to Luca Guadagnino’s popular 2017 romantic coming-of-age film, Call Me by Your Name, even receiving some Oscar nominations in the process. He also made a new-age-inspired album with his stepfather and Asthmatic Kitty co-founder Lowell Brams. Now, the beloved indie-rock polymath has returned with his sprawling, vast, and massive eighth record, The Ascension.

The Good: The Ascension is one of Sufjan Stevens’ grandest, most ambitious works yet, and that’s quite the feat considering he’s one of the most ambitious musicians in his genre. Whereas some artists have come across as self-indulgent when aiming for the profound — for instance, Father John Misty’s slightly bloated Pure Comedy and Arcade Fire’s gauche Everything Now — Stevens never misses the mark. The record’s 12-minute protest song of a closer, “America”, is one of his best tracks yet. It takes Stevens’ well-documented Christian faith and uses it as metaphorical grounds to explore the moral decay of the US. “Sugar”, another late-album highlight, blends a host of lyrical platitudes into a word collage that breathes new life into even the tritest of phrases. Only Stevens could successfully sing the lines, “Come on, baby, gimme some sugar/ Now put one foot in front of the other,” in such a strikingly ominous tone.

That’s not to say that shorter tracks such as “Run Away with Me” or “Gilgamesh” should be ignored. The former is a narrative of eloping with a romantic interest, cast over hazy synths while Stevens whispers his lyrics as if confiding in a loved one (“Come and run away with me/ Sweet falling fantasy”). The latter, named after the epic poem, builds from a backdrop of soft synth pads and white noise to a glitchy, tumultuous apex. “Landslide” is another standout, merging the subdued lamentations of Carrie & Lowell with the electro-pop of The Age of Adz.

It’s easy to draw similarities between The Age of Adz and The Ascension; even their album covers mirror each other’s formatting, and they’re both rooted in an electronic foundation. But where The Age of Adz felt uplifting and ornate, The Ascension is dark and forlorn. In a recent profile on Sufjan Stevens in The Atlantic, the songwriter stated that he’s a pessimist. “I’ve grown old and world-weary,” he said. “I’m exhausted. I’m disenchanted.” That sense of despair rings through here, reflecting the disillusionment with our reality. “I don’t wanna play your video game,” Stevens sings on “Video Game”. On “Tell Me You Love Me”, he opens with the line, “My love, I’ve lost my faith in everything.”

Most of Stevens’ lyrics on The Ascension are impressionistic and cloaked in ambiguity, signifying the uncertainty of our future. But Stevens isn’t a stranger to death; it’s a subject he’s familiarized himself with throughout his career. On the eerie “Die Happy”, he’s accepted fate, but all he wants is to “die happy.” “For the life of me/ I can’t account for human nature,” he whispers misanthropically on “Ursa Major”. Though Stevens mostly adheres to an impressionistic writing style, his message is clear on the closing track, “America” (“Don’t do to me what you did to America”).

The Bad: At times, The Ascension feels daunting and unwelcoming, but that’s partly because it’s supposed to. Its subject matter is melancholy and cynical, and, clocking in at just over 80 minutes, this is also an enormous record. But, despite its extensive length, Stevens wastes no time. Every minute is well-spent, every moment of catharsis earned rather than given. “Lamentations” introduces itself with chopped samples and jittery drum machines before Stevens enters with his idiosyncratic vocals in the first verse. Opener “Make Me an Offer I Cannot Refuse” takes its time to simmer into a tempest of syncopated percussion and synth feedback. These are songs dedicated to a slow burn, taking all the time they need to build and evolve.

The Verdict: For a songwriter whose discography includes masterpieces such as Illinois, Carrie & Lowell, and Michigan, it’s an accomplishment on Stevens’ part to have created a record two decades into his career that rivals his best work. The Age of Adz is a similar record from a stylistic standpoint, but The Ascension differentiates itself on a conceptual level. Stevens’ voice sounded ebullient 10 years ago, often singing over woodwind trills in prog-like time signatures. But on The Ascension, his sanguinity has worn thin. Listening to The Age of Adz in 2020 can almost be overwhelming. Though it’s still an incredible album, The Ascension better suits the cynicism of 2020. It feels banal to say that, but The Ascension isn’t exactly the optimistic salve that people may be looking for in 2020. Fans can find solace in this colossal work, sharing Stevens’ valid sentiment that, simply put, everything sucks right now.

Essential Tracks: “Run Away With Me,” “Landslide,” and “America”

Pick up a copy of Sufjan Stevens’ The Ascension here.