Coinciding with the 35th anniversary of the band's sophomore album 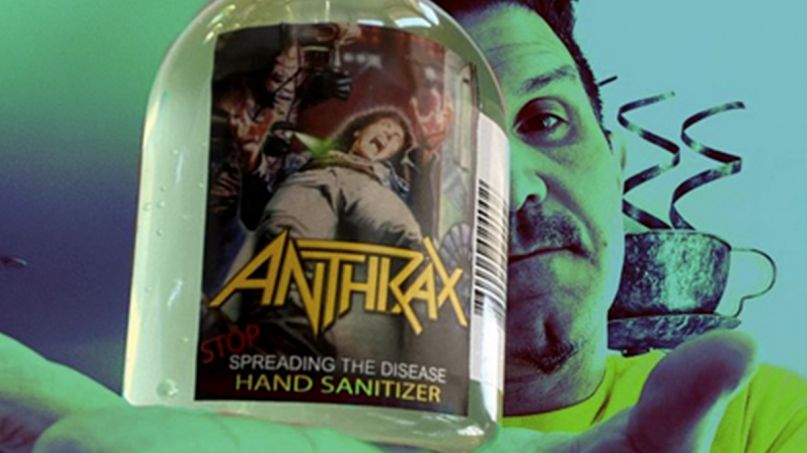 Yes, as revealed by drummer Charlie Benante in an Instagram post (below), Anthrax now have their own line of hand sanitizer. Without the revenue from touring — guitarist Scott Ian thinks he’ll be out of a job as a touring musican until 2022 — metal bands have improvised new ways to shift merch and stay connected with fans.

In addition to helping keep our hands clean, Anthrax have been eager to entertain during the pandemic — especially Benante. He’s arguably been the face of the socially distant performances that have taken place over the past few months, recording his instruments remotely with a cast of metal scene luminaries.

Benante’s most recent performance was a cover of Mother Love Bone’s “Chloe Dancer/Crown of Thorns” alongside Death Angel’s Mark Osegueda and Metal Allegiance’s Mark Menghi. It perfectly encapsulates the aesthetic of these virtual jams sessions, with the artists contributing their parts separately and adding their own personal flare to the track, often an eclectic cover. As examples, see Benante-led all-star renditions of Billie Eilish’s “Bad Guy”, a pair of Discharge classics, and a Run-DMC medley, among others.

As for Scott Ian, aside from having a ruggedly realistic perspective on his job prospects, he appears on the new Mr. Bungle album, having contributed guitar to the band’s re-imagined Raging Wrath of the Easter Bunny Demo, which arrives October 30th. While that album was recorded prior to the pandemic, Ian did make a quarantine appearance for a performance of S.O.D.’s “March of the S.O.D.” with Benante back in April.