The Apple One bundle will start at $14.95 per month 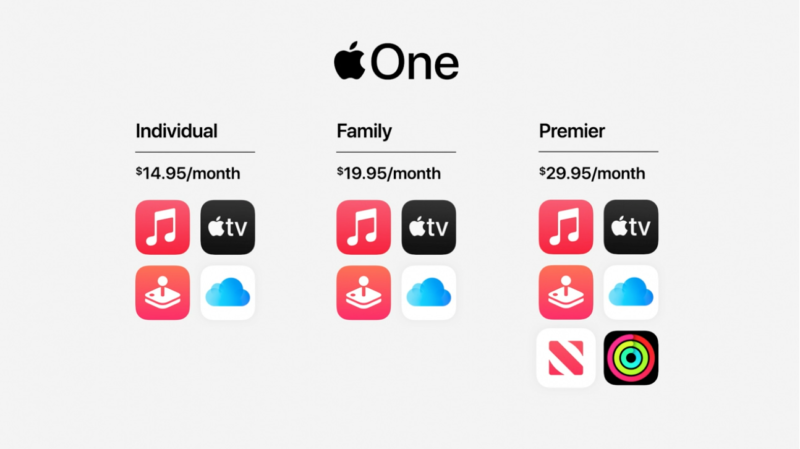 Apple will offer a bundle package of its streaming music, TV, gaming, and iCloud services.

Under the banner of Apple One, the bundle brings together Apple Music, Apple TV+, Apple Arcade, and 50GB of iCloud storage for the monthly price of $14.95.

Two other tiers of Apple One will also be available: a “Family” plan priced at $19.95 per month, and a “Premier” tier which also includes subscriptions to Apple News+ and Fitness+ in addition to 2GB of iCloud storage for $24.95 per month.

Apple plans to roll out their bundle packages this “fall” with a 30-day free trial for new users.

The announcement of Apple One was made during Apple’s “Times Flies” presentation on Tuesday afternoon. The media company also revealed that Apple iOS 14 would launch tomorrow (Sept. 16th), and detailed new iterations of the Apple Watch and Apple iPad. Watch the full event below.