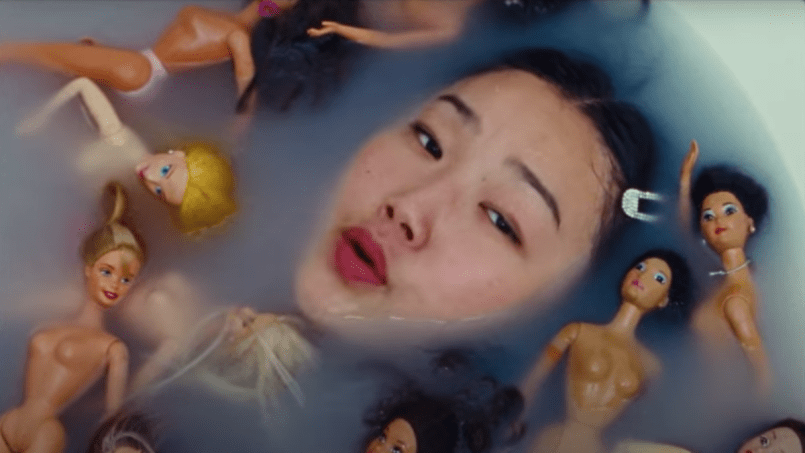 Nuna grew up in New Jersey, releasing Instagram covers that eventually attracted the attention of manager/producer Anwar Sawyer. After high school, she split time writing with Sawyer and attending the prestigious Clive Davis Institute of Recorded Music at NYU. But soon, her studies had to give way to the real thing. Now 21 years old and signed to Arista Records, Nuna has released a string of buzzworthy singles, of which “damn right” just might be the best.

Producer Nate Donmoyer has built a thumper of a beat, but with delicate synth touches which keep the track from sounding overly serious. Nuna kicks off with a slurred, chest-banging flow. The punch lines are dense, with callbacks to Nina Simone, Aretha Franklin, and Anita Baker. She raps, “1, 2, fleeka/ You wanna pop my speakers,” and adds, “I chew like I’m pika, then I spit like I’m Nina.” Her voice is aggressive and expressive, but she smooths it out in time to sing the R&B hook. “Everybody’s talking shit and they’re damn right, damn right,” she coos. Her wide range of skills make it seem like she’s guesting on her own track, JAY-Z and Alicia Keys at the same time.

In a statement, Nuna explained the satirical intentions behind the banger, and how the song came together. She said,

“It’s satire. I wrote this song about how much people love to talk shit. I find it amusing when people spend time talking shit about people who don’t even know they exist. It’s a funny aspect of human nature. I was around a whole lot of that energy around the time Nate (the producer of the song) and I met. We actually made “damn right” that same day – went to a corner cafe and I tried mole tacos for the first time. He made a majority of the beat in 10 minutes. I worked with my friend lolo on the video. We wanted it to be a literal translation of the lyrics and the treatment evolved from there. It was my first-time bathing in milk, and I had such a great time styling the fits. We shot it in a creepy, abandoned house in Brooklyn from the 60s where nuns and priests used to live.”

Check out “damn right” below, and keep your eyes peeled for details on her upcoming debut EP. Recently, she shared the loosies “Long Night” and “Comic Sans” featuring Jack Harlow.