Disney filmed several scenes in Xinjiang, which is well known for Chinese oppression of Muslim groups 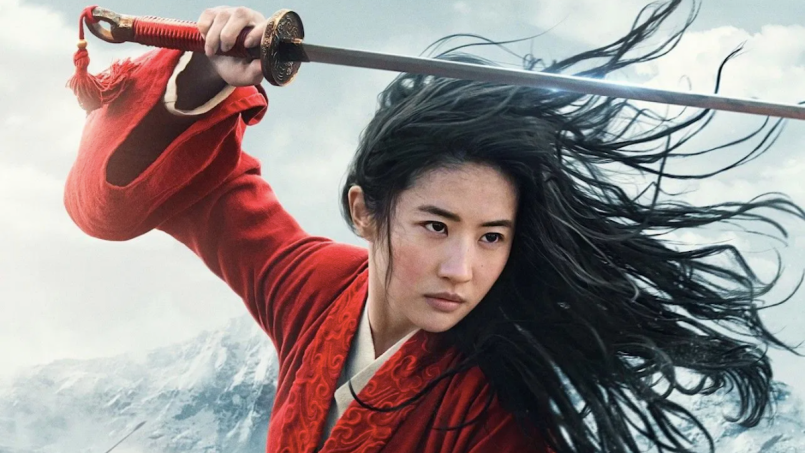 A backlash is growing against Disney’s Mulan over filming locations in Xinjiang, China, as well as the lead actresses’ support for the Hong Kong police.

This live-action remake of the beloved 1998 cartoon premiered September 4th on Disney Plus, and will be shown in Chinese theaters beginning September 11th. With American movie theaters struggling, the Asian market is a vital part for Disney’s plan to earn back the reported $200 million budget.

But, as Reuters reports, democracy activists have been organizing a boycott on social media. The movement is led by the #MilkTeaAlliance, a democratic solidarity movement in Hong Kong, Taiwan, and Thailand. Criticism began last year when Mulan herself, Chinese-American actress Liu Yifei, publicly backed the Hong Kong police in their clashes with protestors. At the time, a mass uprising was taking place in response to legislation that would have allowed extraditions from the Hong Kong Special Administrative Region to mainland China.

In August of 2019, Liu shared a statement on the popular social media platform Weibo. The post quoted a Chinese reporter who said, “I also support Hong Kong police. You can beat me up now.” Liu added in English, “What a shame for Hong Kong.” The hashtag #BoycottMulan has intermittently trended ever since.

Criticism escalated in the last week, as Mulan’s ties to the western Xinjiang region became clear. Disney filmed several scenes in the area, which is well-known for its mass internment camps detaining Uighur Muslims. The World Uyghur Congress tweeted a protest on Monday, writing that, “In the new #Mulan, @Disney thanks the public security bureau in Turpan, which has been involved in the internment camps in East Turkistan.” As The Guardian noted, Disney gave a special thanks to a total of eight different government entities in the region, many of which had been linked to humans rights abuses with so-called “re-education” camps.

While Hong Kong has been roiled by protests, the other countries of the #MilkTeaAlliance have been struggling with totalitarian governments of their own. Taiwan’s progressive president Tsai Ing-wen has sought help from the international community to keep her country independent from China, and she was re-elected to a second term earlier this year. Democratic efforts have been less successful in Thailand. It’s currently run by former General Prayut Chan-o-cha, who established a military junta in 2014 and was elected Prime Minister in 2019 in a vote that observers had called “rigged.”

This is hardly the first time that Mulan has been embroiled in a political controversy. The 1998 original ran afoul of future Vice President Mike Pence, back when he was merely a radio host blowhard. Pence called the idea of a competent female warrior “liberal propaganda”, writing, “Moral of story: women in military, bad idea.”

Hollywood continues to wrestle with Chinese censorship. Some films prefer to kowtow; Top Gun changed patches on Tom Cruise’s jacket to appease the People’s Republic. Quentin Tarantino took the opposite approach and refused to recut Once Upon a Time in Hollywood. South Park was banned in China following the“Band in China” episode, and then DJ Zedd was banned for liking a South Park tweet.

In the new #Mulan, @Disney thanks the public security bureau in Turpan, which has been involved in the internment camps in East Turkistan.

Last year, the actor publicly supported the #HongKongPolice in their violent crackdowns on pro-democracy protesters.https://t.co/0g5o4GB2M5

Mulan has always been about heroism, bravery, and sacrifice; and we already have countless stories like that in the real world. You don't need a fictional film that its actor didn't stand up for anything but police brutality. #BoycottMulan #MilkTeaAlliance https://t.co/waiINFFT8Y