Behemoth’s Nergal to Musicians During Pandemic: “You Can Cry Like a Baby or … Do Something with the Situation”

"Bust your balls, bust your creativity, and deliver something out of this world" 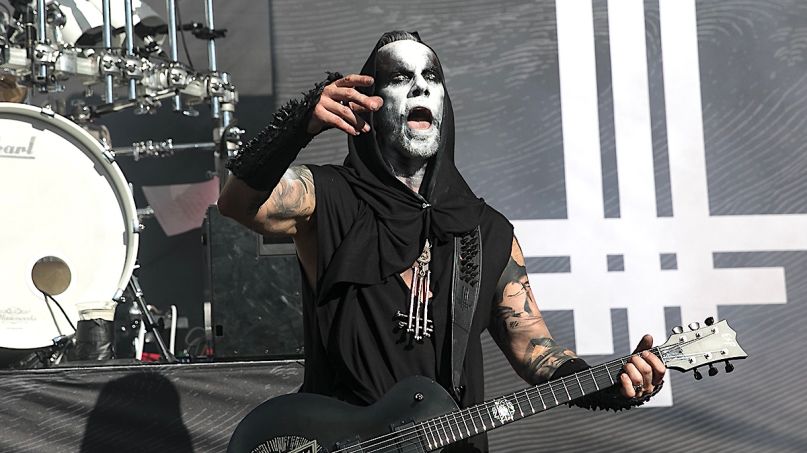 It’s no secret that musicians have been hit hard during the pandemic, but Behemoth frontman Nergal insists that it’s all about what artists make of the circumstances. As he puts it, “You can … whine or cry like a baby, or you can do something with the situation.”

With the concert industry shut down, it’s been a scary time for bands, as live shows have become a main source of revenue amidst diminished album sales in recent years. With no end to the pandemic in sight, many artists are wondering whether they can financially survive this tumultuous time.

Behemoth, like other bands, are looking at creative ways to engage their fans and support their craft at the same time. The Polish metallers recently announced an immersive livestream concert event, dubbed “In Absentia Dei”, during which the band will perform from an undisclosed church in Poland. As Nergal put it, “There will be ritual, there will be sacrilege, and all from the comfort of your home.”

In a new conversation with the “Mosh Talks With Beez” interview series on Knotfest.com, Nergal offered his opinions on the pandemic and when he expects live music to return in earnest.

“I’m an optimist, but I’m also a big realist. I don’t think anything happens until mid-2021,” remarked Nergal. “I think maybe full-on we’re back in business in 2022, which I hope for. But this is what it is now. Deal with it.”

He added, “We’ve got new circumstances, we’ve got a new environment. So you can either just sit and whine and cry like a baby, or you can do something with the situation and just f**king bust your balls, bust your creativity, and deliver something out of this world. Because this world is somewhere else now.”

Nergal concluded, “It feels like we’re on a different planet. There’s so many limitations that we’re, like, ‘Holy shit! Is this what my life is gonna be from now on?’ So, considering this, which is not what we’re used to, we can either accommodate or just step aside. So, Behemoth, obviously, will accommodate, but on its own terms.”

Watch Nergal’s full appearance on”Mosh Talks With Beez” below, followed by a couple of rehearsal videos for this weekend’s streaming event.

Editor’s note: Consequence of Sound is supporting independent musicians by donating a portion of all proceeds from our online store to MusiCares’ COVID-19 Artist Relief Fund. Pick up a face mask or shirt now!