Brittany Howard Gets Remixed by Bon Iver and EARTHGANG: Stream

Taken from an upcoming collection of remixes of Howard's debut album, Jamie 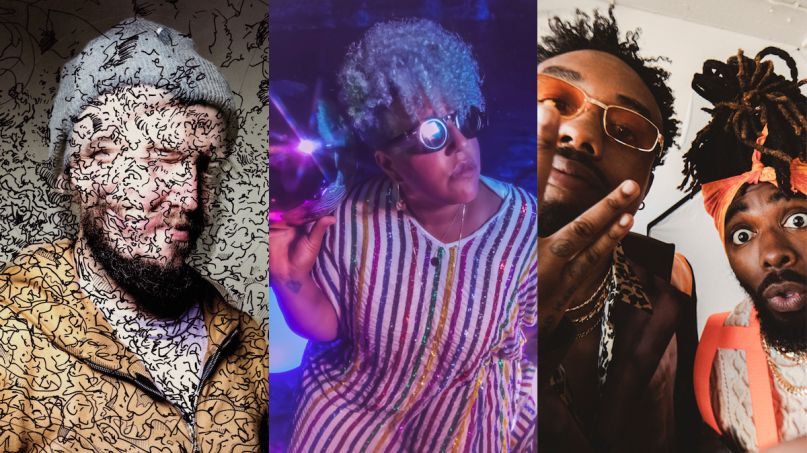 It’s been nearly a year since Brittany Howard delivered her debut solo album, Jamie. To celebrate its impending anniversary, the Alabama Shakes frontwoman has announced a new remix collection featuring a number of artists putting their own spins on her music. Though a due date for the ATO Records release has yet to be revealed, two sample remixes have been shared as an early preview.

The first comes from Atlanta rap duo (and former Artists of the Month) EARTHGANG. The pair add their own verses to Howard’s tale of growing up in the South, “Goat Head”, turning the song “into a bold anthem for 2020’s social justice movement,” as a press release puts it.

“Songs like these help us make sense of all the craziness in the world at times,” EARTHGANG said in a statement. “Her song ‘Goat Head,’ dealing with her black experience in America and The World, resonated the loudest at this time.”

Bon Iver handled the other remix, with Justin Vernon putting a very i,i spin on “Short and Sweet”. It ends up sounding like a Dirty Projectors track played through an old tube radio. Wye Oak’s Jenn Wasner and trumpeter CJ Camerieri worked alongside Vernon on the reimagining.

“Brittany is a truly singular artist; so much power and musicality. This album speaks to so many people, including us,” remarked Vernon. “To have a chance to recreate ‘Short and Sweet’ in our own image with long-time collaborators Jenn Wasner and CJ Camerieri, was both an honor and almost too much of a privilege.”

Take a listen to both tracks below, and stay tuned for more on the Jamie remix collection.