The reissues arrives on November 13th via Third Man Records 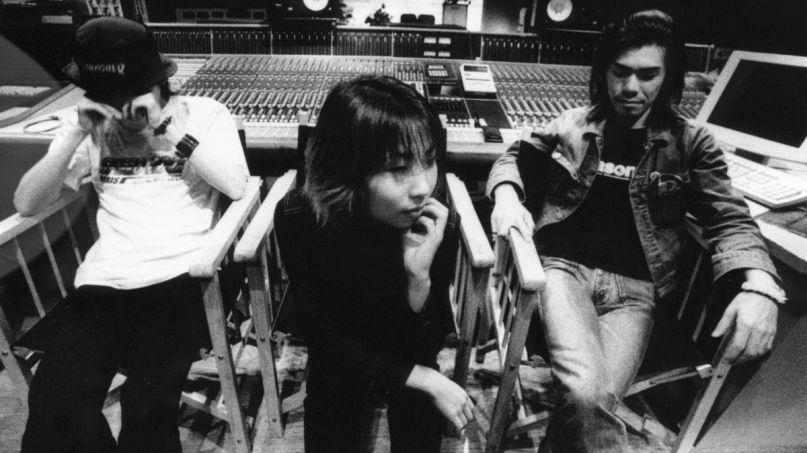 Japanese doom pioneers Boris have announced physical and digital reissues of two early albums, 1993’s Absolutego and 1998’s seminal Amplifier Worship. The remastered LPs arrive November 13th and will be available on vinyl via Third Man Records. To tide us over until then, the band has shared a remastered version of “Huge”.

The two albums have been sorely missed on digital outlets, leaving a ’90s-sized gap in Boris’ readily available discography. The reissues will mark the first time either LP has been available on major streaming services, with the remastered audio presenting the band’s massive sonic assault in full fidelity.

Amplifier Worship was especially overdue for a revisit. Unless you wanted to fork over big bucks on a scarce vinyl pressing, the only way to listen to the album was via CD or MP3. The remastered version of “Huge” is, in fact, huge. The mix breathes with even more low-end and instrument separation. The track sounds better than it ever has.

Hardcore fans will appreciate the restoration of the original minimalist artwork for Amplifier Worship, which was abstracted for the 2010 release on Southern Lord. Vinyl collectors can also rejoice, as the new pressing on Third Man Records finally puts the rare LP back in print at a reasonable price ($28). Both Absolutego and Amplifier Worship will receive limited colored vinyl variants that will be exclusive to select indie retailers and Third Man storefronts.

The reissues come during a productive year for Boris. Their 2020 album NO seemed to come at just the right moment, providing a poignant burst of punk-tinged heavy metal to soundtrack otherwise grim times. The band also issued a six-album archive series via Bandcamp earlier this summer.

You can pre-order the upcoming reissues via Third Man Records and Amazon. Stream the remastered version of “Huge” and check out the LP artwork below.