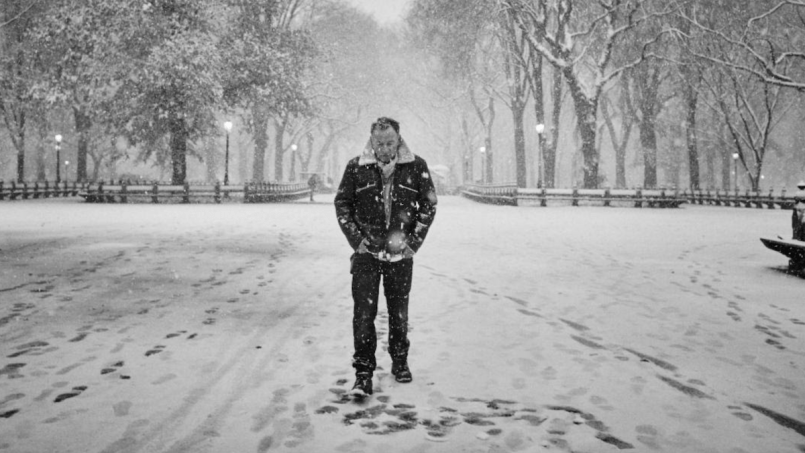 Yesterday saw Bruce Springsteen turn 71 years old, and the birthday must have left the rocker feeling pleasantly nostalgic. Today, he’s released a new single called “Ghosts” that looks back on his many years as a working rock musician.

With a guitar lick that could fit on any ’70s album of his own (or Tom Petty’s frankly), Bruce and the E Street Band turn in a classic sound befitting the thematic thrust of “Ghosts”. Springsteen seems to be singing to his younger self as well as bandmates past and present as he reflects on a long life of rock and roll. “I hear the sound of your guitar/ Comin’ in from the mystic far,” goes the opening verse. “The stone and the gravel in your voice/ Come in my dreams and I rejoice.”

“’Ghosts’ is about the beauty and joy of being in a band, and the pain of losing one another to illness and time,” Springsteen said in a statement. “’Ghosts’ tries to speak to the spirit of the music itself, something none of us owns but can only discover and share together. In the E Street Band, it resides in our collective soul, powered by the heart.”

The track is paired with a nostalgic lyric video that juxtaposes footage from recent recording sessions with clips of The Boss’ early days in bands like The Castiles. Check out the Thom Zimny-directed visual below.

“Ghosts” is the second single off Springsteen’s new album, Letter to You. Due out October 23rd, the album marks the first time he’s recorded with the E Street Band since High Hopes in 2014. Earlier this week, Springsteen revealed he wrote the new music on a guitar he was gifted by a fan. “…All of the songs from the album came out of it,” he said. “In perhaps less than 10 days. I just wandered around the house in different rooms, and I wrote a song each day.”

You can pre-order Letter to You now.