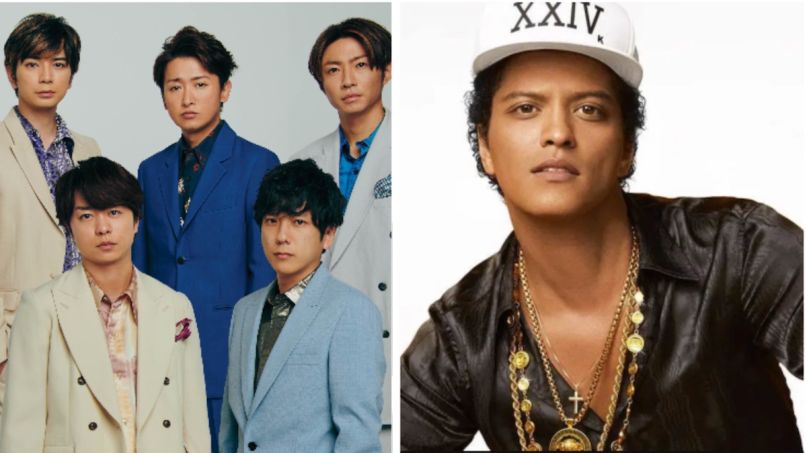 By now, K-pop has proven its long-term appeal with American audiences, and J-pop is eager to do the same. Japanese fans have been soaking up the joy of their country’s own original pop music for decades now. Now, Western audiences can join in the fun thanks to ARASHI, one of the country’s most legendary J-pop groups, who have just released a new song produced by Bruno Mars called “Whenever You Call”.

ARASHI have been dominating the J-pop scene for over two decades, and it’s easy to understand why when listening to “Whenever You Call”. It’s the exact type of slick ’80s throwback that’s meant to win over hearts, complete with dramatic crooning choruses. Most notably, though, “Whenever You Call” marks the band’s first-ever track sung entirely in English.

Originally, ARASHI planned on flying to Los Angeles to work directly with Bruno Mars to craft the single’s style. When the coronavirus pandemic brought those plans to a halt, they quickly improvised, working together over online sessions to pull the collaboration off.

“When we first heard the song, it was in the recording studio and the five of us listened to it together,” said ARASHI member Sho in a statement. “It felt clearly that this was a song created through really digging deep and getting to know who ARASHI really is… It is a message of love, but one that imparts bravery too.”

To celebrate “Whenever You Call” being their first proper English-language single, ARASHI have released a music video to accompany it as well. Watch it below.