Thanks to their new singles "Dynamite" and "Ice Cream" 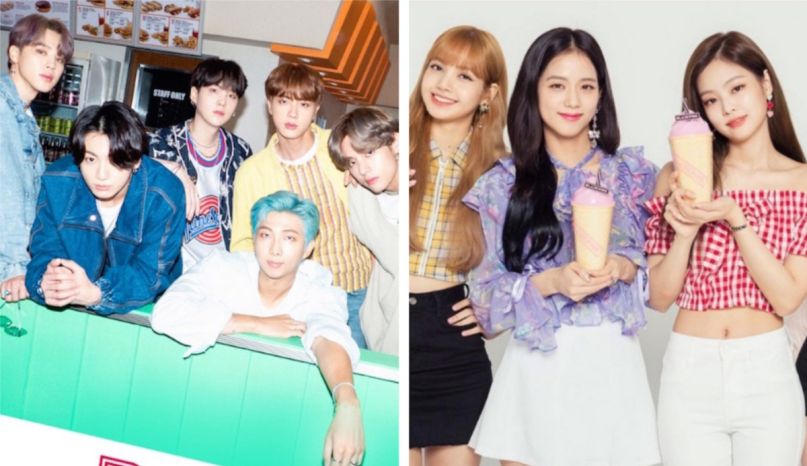 BTS and BLACKPINK have made history on the Billboard charts… again. Thanks to their newest singles, “Dynamite” and “Ice Cream” respectively, both K-pop groups have just scored their their highest chart numbers to date.

Last week, BTS landed their first-ever No. 1 on the Billboard Hot 100 songs chart with “Dynamite”. It also marked the first time an all-South Korean act had nabbed that spot. Fast forward to today and “Dynamite” has yet to be dethroned, which essentially doubles the impact of those coveted accolades. Mind you, it held that title over the competitive Labor Day Weekend (!) with 17.5 million US streams (which was down 49% from last week) and 182,000 downloads sold (which dropped 31%).

And then there’s BLACKPINK, who scored a career-best rank this week as well. “Ice Cream”, their new single with Selena Gomez, debuted at the No. 13 spot on the Billboard Hot 100 songs chart this week, which far exceeds their previous peak of No. 33 with “How You Like That” and their Lady Gaga collaboration “Sour Candy” earlier this year. Comparatively, their new hit racked up 18.3 million US streams and 23,000 downloads sold in its first week.

It turns out 2020 is still a big year for K-pop in the US. BTS took over the MTV VMAs stage for the first time, are prepping to release their concert film Break the Silence on September 24th, and have another new album in the works. Meanwhile, BLACKPINK announced their debut studio album, hopped on Dua Lipa’s remix album, and even cemented themselves in history as part of Coachella’s decades-spanning documentary. K-pop is here to stay.