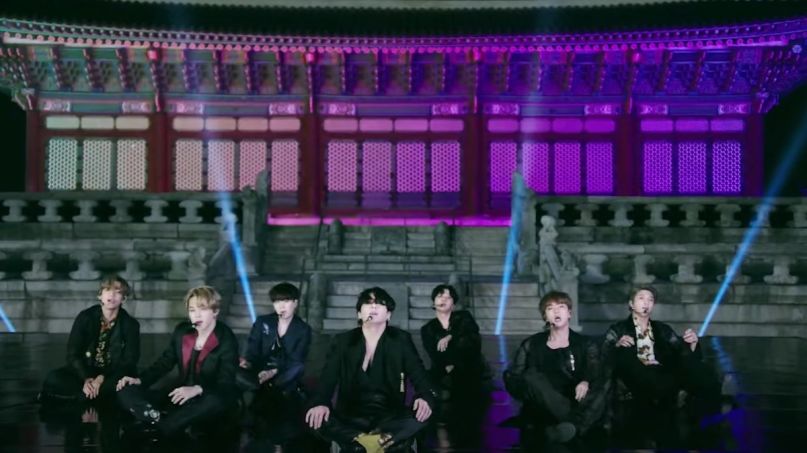 BTS Week on The Tonight Show got off to an explosive start highlighted by a pair of exhilarating performances.

The Bangtan Boys will be front and center for every show through the end of the week. To kick things off on Monday night, the septet of Jin, RM, Suga, J-Hope, V, Jimin, and Jungkook teamed up with Jimmy Fallon and The Roots for an a cappella version of their latest hit single, “Dynamite”. They then returned to the airwaves at the end of the episode for a show-stopping closing performance of “Idol”, which was filmed in front of the Gyeongbokgung Palace in Seoul, South Korea. Replay both performances below.

BTS have stormed through America in a way not seen since The Beatles. Their latest history-defying release was “Dynamite”, which became the first single by an all-South Korean group to top the Billboard Hot 100. They’ve since performed the track on NPR’s Tiny Desk, MTV’s VMAs, and The Today Show.

There’s plenty more BTS content coming down the pipeline. Over the weekend, the group confirmed the November 20th release of their latest album, BE (Deluxe Edition).

Update: On night 2 of their Fallon takeover, BTS performed “Home”.