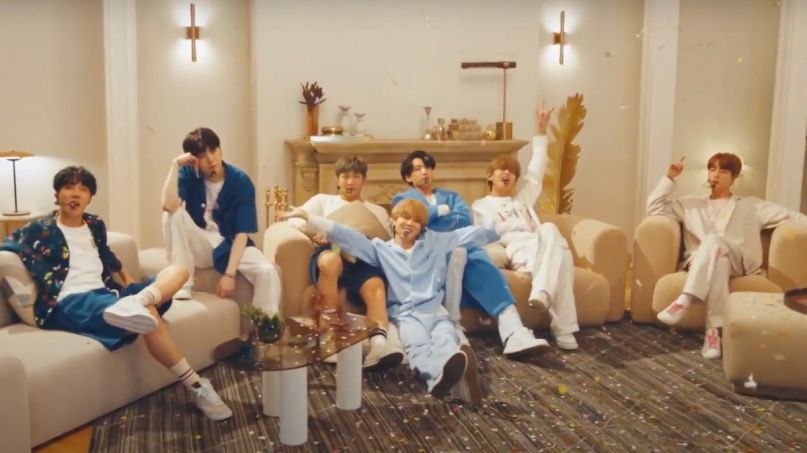 BTS launched their weeklong takeover of The Tonight Show Starring Jimmy Fallon on Monday, and did so with a “Dynamite” bang. On Tuesday, our favorite Bangtan Boys made sure to keep the late-night party going by performing “Home” from their 2019 EP, Map of the Soul: Persona.

Whereas yesterday’s performance of “Dynamite” saw BTS deliver a rousing choreographed routine in front of the Gyeongbokgung Palace in Seoul, South Korea, the group kept things much more chill on Tuesday night. They stayed inside, threw on their pajamas, and had themselves a good ol’ fashioned sleepover. Catch the replay below.

“BTS Week” continues tomorrow, September 30th, with the K-pop boyband serving as the episode’s lead guest. This residency comes on the heels of BTS becoming the first all-South Korean group to ever top the Billboard Hot 100 chart. It’s also in anticipation of their highly anticipated new album, BE.