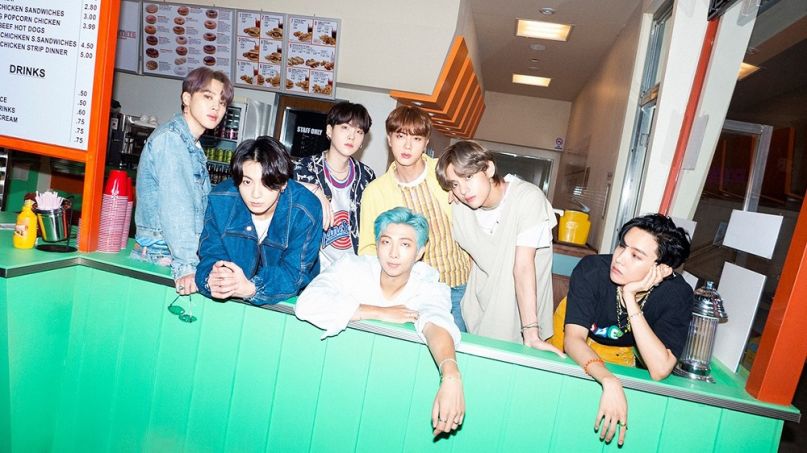 Get out those calendars and prepare for one full week of your favorite Bangtan Boys. Following appearances on NPR’s Tiny Desk Concert, the MTV VMAs, and The Today Show, BTS are set to take over The Tonight Show for an entire week. According to EW, “BTS Week” kicks off next Monday, September 28th.

The K-pop boyband are expected to present a unique musical performance each night of their residency, including a showcasing of their record-breaking single “Dynamite”. All seven members — that’s Jin, RM, Suga, J-Hope, V, Jimin, and Jungkook — will also participate in various comedy sketches and sit down for an interview with host Jimmy Fallon. Halfway through their weeklong stint, on Wednesday, September 30th, BTS will serve as the episode’s lead guest.

“I’m so excited to have BTS back on the show. We just started the new season and we’re working on a lot of really exciting things,” Fallon remarked to EW. “One thing that is important to us at The Tonight Show is showcasing talent and creatives, so what better way to kick things off than a full week with them. And this is just the start.”

BTS last appeared on The Tonight Show earlier this year, when they performed from inside the iconic Grand Central Terminal. A lot has happened since then in the world of BTS: not only have they put out a new record, but they’ve officially entered the K-pop history books. Thanks to the success of “Dynamite”, BTS became the first all-South Korean group to ever top the Billboard Hot 100 chart.

Of course, there’s still plenty more BTS in the coming months. Last week, they teased their new social RPG game, BTS Universe Story. Their latest concert film, Break the Silence: The Movie, is set to debut on limited US screens on Thursday, September 24th. BTS are also due to release a new album sometime before the end of 2020.