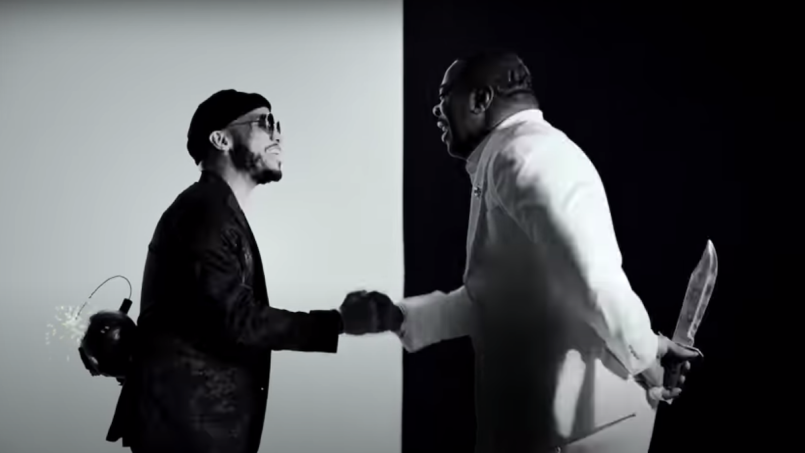 Busta Rhymes and Anderson .Paak will turn this car around on their banging new driving song “YUUUU”. It’s the latest single from Busta’s forthcoming album Extinction Level Event 2: The Wrath of God.

As an ode to U-Turns, “YUUUU” is much more metaphorical than literal, though the sparkling production would certainly lend flair to any high-speed swerving in your future. But in a broader sense, “YUUUU” is a stunt track framed as a willingness to change course, retrace, and take care of unfinished business. “Bitch I had to bust a Uuuu!” .Paak sings, his voice high but falling. He adds, “Know I had to finish what I started/ No, it ain’t too late to turn around, is it?” Busta Rhymes takes his high-octane verse in sixth gear, but he also slows down for a memorable bridge: “Now I’m gettin’ back like I never left,” he snarls, before stepping on the gas for, “Bang a left.”

The accompanying music video was directed by Benny Boom and Busta Rhymes, and stars Mr. Rhymes and Mr. .Paak as dueling murderous assassins. They plot each others demises and rack up a bounty count, with a tone somewhere between Spy vs. Spy, Tarantino, and Loony Tunes. Take “YUUUU” for a spin below.

Extinction Level Event 2: The Wrath of God does not have a release date, but according to an announcement by Chris Rock, it’s “coming soon”. Previously, Busta shared the single “The Don & the Boss”.

As for .Paak, he recently released the anti-police brutality anthem “Lockdown”, followed by a remix reaturing J.I.D, Noname, and Jay Rock. He also linked up with Rick Ross for “Cut Em In” and joined India Shawn for “Movin’ On”, for which he also directed the music video.