"You're getting paid what you deserve, and what you're worth," he told her 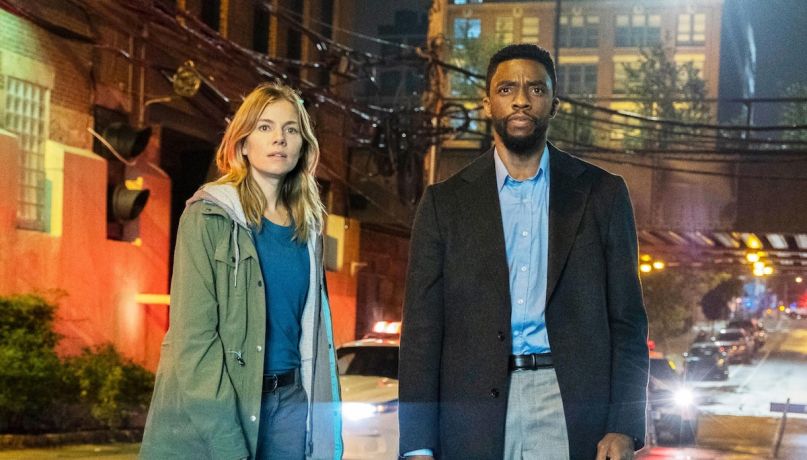 Chadwick Boseman was one of the most famous superheroes in Marvel history, and it turns out he was an everyday hero offscreen, too. In a new interview, Sienna Miller revealed that the Black Panther star gave her a portion of his salary from 21 Bridges so that she could continue working as a co-producer and actor in the movie, reports Variety.

As Miller told Empire earlier today, she was thrilled when Boseman reached out to her about working together on the crime drama, but she hesitated to sign on because the studio wouldn’t agree to her suggested salary — despite the fact that she was in a period of her life where she was taking a break from working, and as such needed a suitable amount to justify putting her family life on hold. Boseman hoped she could work as a co-producer and as an actor in the role of detective Frankie Burns, a pivotal character in the movie’s plot.

“He was a fan of my work, which was thrilling, because it was reciprocated from me to him, tenfold… I’d been working non-stop and I was exhausted, but I wanted to work with him,” recalled Miller. “I said, ‘I’ll do it if I’m compensated in the right way.’ And Chadwick ended up donating some of his salary to get me to the number that I had asked for. He said that that was what I deserved to be paid.”

“It was about the most astounding thing that I’ve experienced,” she continued. “That kind of thing just doesn’t happen. He said, ‘You’re getting paid what you deserve, and what you’re worth.’ It’s just unfathomable to imagine another man in that town behaving that graciously or respectfully. In the aftermath of this, I’ve told other male actor friends of mine that story and they all go very, very quiet and go home and probably have to sit and think about things for a while. But there was no showiness; it was, ‘Of course I’ll get you to that number, because that’s what you should be paid.’”

This news arrives weeks after Boseman’s tragic passing following a secret four-year-long battle with colon cancer. He was just 43 years old. Countless tributes to the actor have since poured in, including personal notes from his Marvel co-stars, director Ryan Coogler, and Michael B. Jordan. Boseman’s hometown of Anderson, South Carolina is planning to erect a statue of him as a memorial as well. The mayor himself is “enthusiastically working” on it in his honor.