Appearing on Conway's From a King to a GOD, which drops September 11th 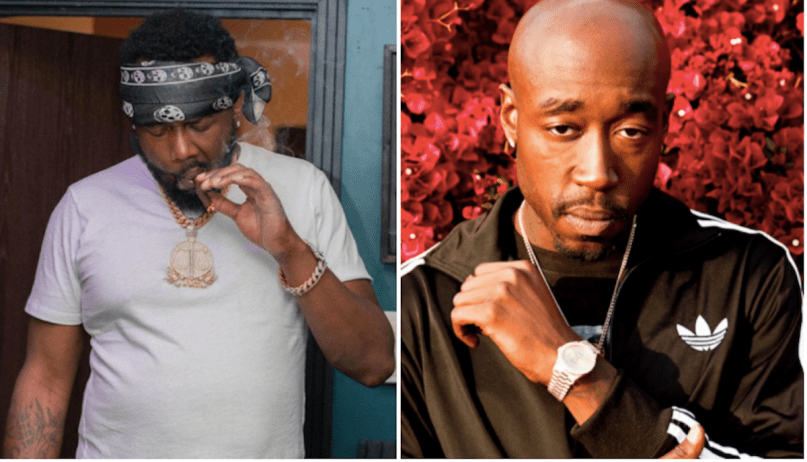 Conway the Machine (image via Instagram) and Freddie Gibbs

Conway the Machine and Freddie Gibbs have done some things they regret on the new collaborative track “Seen Everything But Jesus”. It’s off Con’s upcoming album From King to a GOD, which drops tomorrow, September 11th.

The cut is a Beat Butcha production, with simple, descending piano chords playing off the urgent click of drums. That’s Conway’s voice on the hook, but while the Machine may be singing, it’s definitely not autotuned. The whole song benefits from this off-the-cuff delivery, especially given the rawness of the subject matter. “Look, Lil Lotto got shot,” Conway begins, “Mikey B got shot (Pssh)/ Lil Jojo got shot, ChineGun got shot (Rest in peace, n—-s)/ I start my verse sayin’ they names to show we haven’t forgot (Uh huh).” This is context for the pained chorus, as Con sings from the perspective of someone backsliding into crime: “Lord knows that I’m tryin’ (Lord knows), but we come up from the bottom/ Growin’ up, most of my homies was dyin’.”

Our November 2017 Artist of the Month is at his best in these comfortable, conversational flow. Meanwhile his collaborator Freddie Gibbs has unleashed one of his rapid-fire, just-came-back-from-the-bathroom-and-no-I-wasn’t-pooping deliveries. The Kane Train is  buries jokes and turns-off-phrase inside an avalanche of rhythm and flow. All together, “Seen Everything But Jesus” gets a lot of mileage out of the contrast between Conway’s singing, Conway’s rapping, and Freddie Gibbs’ percussive massacre of consonants. Scroll onwards to hear for yourself.

By a strange coincidence, both MCs are 38 years old and experiencing the greatest successes of their careers. The secret recipe seems to be collaboration. After more than a dozen releases, Conway leveled up last year with WWCD, a Griselda Records project starring himself, his younger brother Westside Gunn, and their cousin Benny the Butcher. He followed that up this year by partnering with Big Ghost LTD on No One Mourns the Wicked and with the great The Alchemist for LULU.

Freddie Gibbs also released an amazing album with The Alchemist this year, as they teamed up for the gobsmackingly good Alfredo. That followed 2019’s Bandana, his stupendous joint release with Madlib.