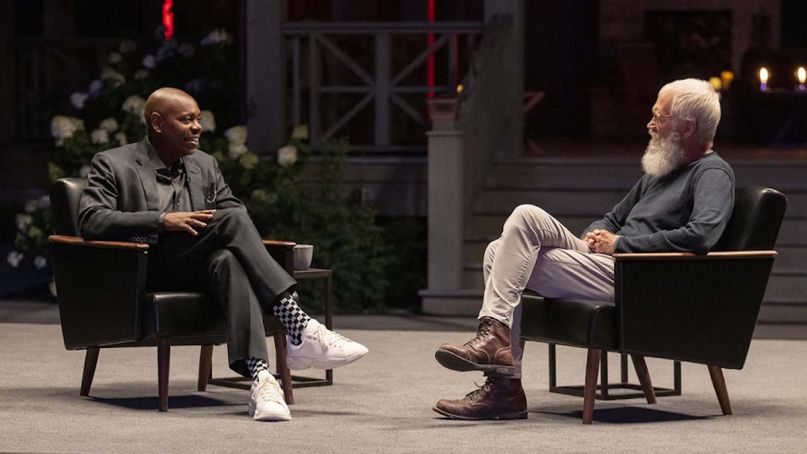 Pull up a chair because David Letterman’s Netflix talk show My Next Guest Needs No Introduction is returning next month for its third season.

Set to premiere October 21st, the new season will feature only four episodes — down from the usual six — but the expected star power should more than make up for the abbreviated run. Letterman is set to conduct illuminating hour-long interviews with Kim Kardashian and Dave Chappelle, as well as with Robert Downey Jr., and Lizzo.

Season 1 of the Emmy-nominated TV series hosted prominent folks like former president Barack Obama, JAY-Z, and George Clooney. In our review of that season, we praised Letterman for revealing a “different side of himself,” one that’s “more open and personal.” The second season, meanwhile, boasted in-depth conversations with Kanye West and Ellen DeGeneres.

Below, revisit a trailer for Season 2.