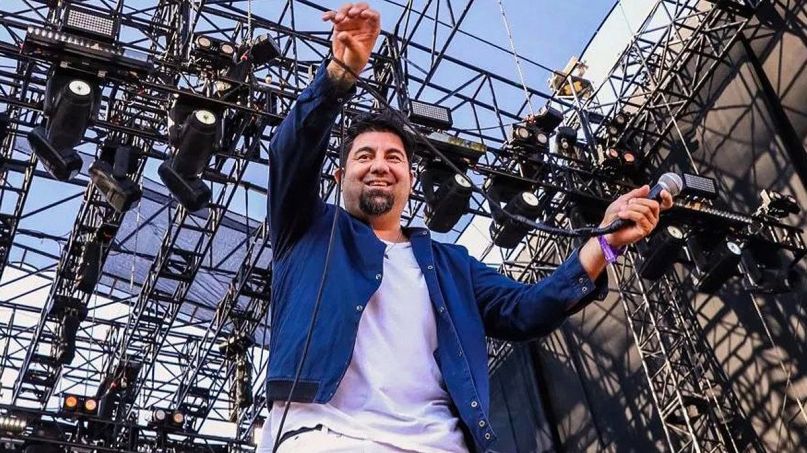 Deftones sometimes get lumped into the ’90s nu-metal scene, even though they’ve long rejected the genre. In a new interview, singer Chino Moreno offered some harsh criticism of nu metal but ultimately doesn’t fault anyone for digging the once-popular style of music.

When Vulture asked about people deriding the nu-metal era or being embarrassed about listening to it, Moreno admitted that nu metal might be kind of embarrassing, but that shouldn’t keep anyone from enjoying it.

“They always felt guilty about listening to certain things,” Moreno said. “I don’t think it’s [Deftones] so much but definitely Limp Bizkit and shit like that. I think motherf**kers were embarrassed for that shit back then, too. You can’t deny it. It’s f**king stupidly good, some of it, but they knew back then that it was stupid. I mean, listen to the words. It’s stupid. So it’s not like in retrospect they’re like, ‘I can’t believe I listened to that.’ It’s like, ‘No, when you listened to it then, you knew it was dumb, but you liked it.’ And that’s okay.”

Moreno added: “No one should be embarrassed by shit they like that’s dumb. Just like what you like. Who cares? Don’t try to be holier than thou. If you liked it then, don’t be embarrassed, because it wasn’t any smarter back then. It’s the same music it was 20 years ago. And you know what? It’s catchy. I get it. There’s nothing wrong with that.”

There has been a surge in interest in nu metal lately, with the Static-X reunion and young bands like Code Orange incorporating elements of the genre. Meanwhile, nu metal’s pioneering act, Korn, continue to go strong.

As for Deftones, they’re set to release their new album, Ohms, on Friday (September 25th), and Moreno offered up some additional details on the highly anticipated project. The album was originally set for release earlier this year, but the COVID-19 pandemic brought production to a halt. Moreno had finished tracking vocals prior to the holidays late last year, and hasn’t seen his Deftones bandmates since before the pandemic began.

“I finished most all of the vocals right before the holiday, toward the end of [last] year,” Moreno told Vulture. “When this year started, I had to go back to Terry’s house. He lives in Seattle, and I live in Portland, so it’s about a three-hour drive to his house. I would just drive up to his house, and it was just me and him in the studio. He doesn’t go anywhere; I don’t go anywhere. So I felt pretty safe with just me and him. Other than that, I haven’t even seen my other bandmates in almost half a year now. It’s kind of crazy.”

Stay tuned to Heavy Consequence for a full review of Deftones’ new album, Ohms. You can pre-order the album via Amazon.