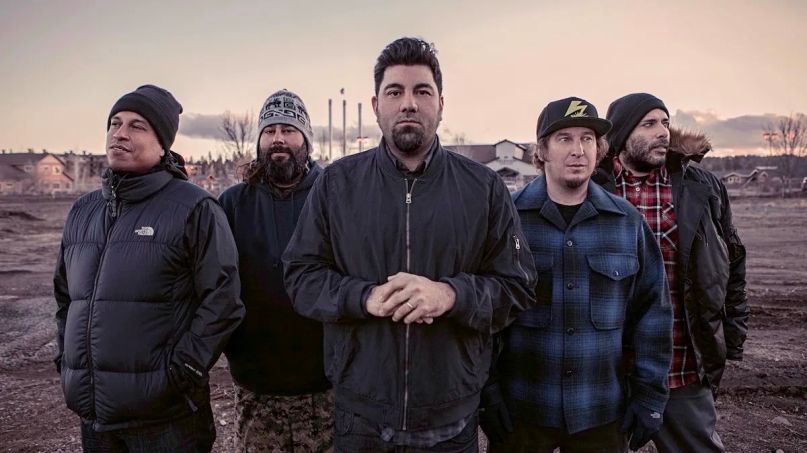 With one week to go before the release of the highly anticipated new Deftones album, Ohms, the band has unveiled the LP’s second single, “Genesis”.

The latest song from the alt-metal act’s ninth album follows the title track, which arrived last month as the first single.

“Genesis” begins with a slow build before kicking in with vicious vocals from Chino Moreno, who alternates between full-on screams and melodic singing throughout the tune. Musically, the song crushes with mighty riffs from guitarist Stephen Carpenter.

The two singles — “Genesis” and “Ohms” — bookend the 12-song album as the leadoff and closing tracks, respectively. “Ohms” was the most added single at Mainstream Rock radio upon its release, and currently sits in the Top 15 of that chart.

Deftones had planned to tour North American over the summer, but those dates have been rescheduled to 2021 due to the COVID-19 pandemic. The band will now embark on the trek with support from Gojira and Poppy in August of next year. Tickets for the new dates are available here.

Ohms arrives on September 25th. Pre-order the album here, and watch the video for “Genesis” below.