The country music icon confirms she does have some ink, but that it's all "tasteful" 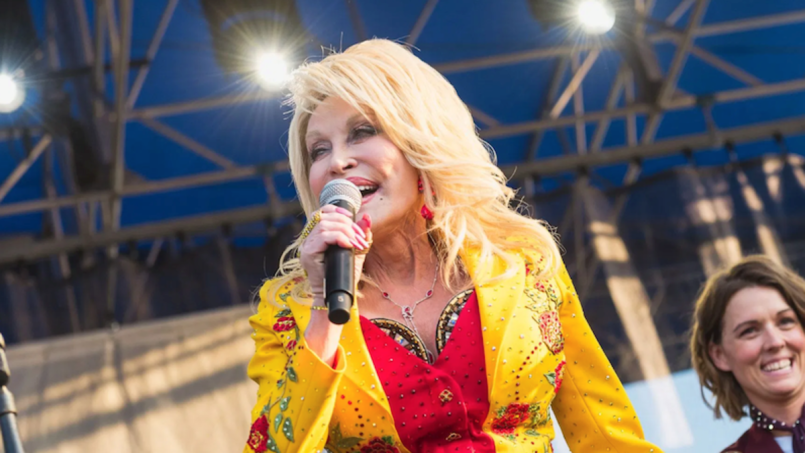 In an exclusive interview with People, the Queen of Nashville confirmed that she does have some ink; however, it’s not exactly everywhere. “I do have some tattoos, that’s true,” the 74-year-old said. “But they’re tasteful. I’m not a tattoo girl.”

So, no, Parton doesn’t look like a Soundcloud rapper beneath those gingham tops, contrary to the gossip making the rounds. While she didn’t provide photographs of the tats she does have, the Grammy winner did describe some of them, as well offered their backstories.

“My tattoos are pretty, they’re artful and they usually started out to cover some scar, not to make a big statement,” explained Parton. “Ribbons and bows and butterflies are the things that I have. I was very sick for a while and I had to wear a feeding tube. It left a little indention in my side and I didn’t like it because I’m so fair that scars turn purple on me.”

In typical inspirational Dolly Parton fashion, she decided to turn that reminder of an unpleasant health scare into something beautiful. “I like to make positives out of negatives. I had a little beehive tattooed over it — a little yellow-and-brown beehive with a tiny little bee on top of the hive,” she continued. “The mouth of it is that little sinkhole.”

Additionally, Parton confirmed that she doesn’t have any ink dedicated to her husband of 54 years, Carl Dean. “No, he’s tattooed on my heart,” she stated. However, she didn’t rule out the possibility of getting more down the line, just to give fans what they were hoping for. “Who knows, I may get some more later. I may just have to get covered with tattoos just so everybody could be right!”

Outside of putting rumors to bed, Parton has been a vocal political commentator in recent months. Over the summer she threw her full support behind Black Lives Matter, posing, “Do we think our little white asses are the only ones that matter?” And last week she offered a touching tribute to the late Ruth Bader Ginsburg. Maybe a #BLM tattoo is on the horizon?

On the music front, her first Christmas album in 30 years, A Holly Dolly Christmas, is out October 2nd.

Editor’s Note: If you’re thinking of getting some sweet ink this season, stay safe by picking up one of our custom face masks. A portion of the proceeds will benefit MusiCares’ COVID-19 Artist Relief fund supporting independent musicians.